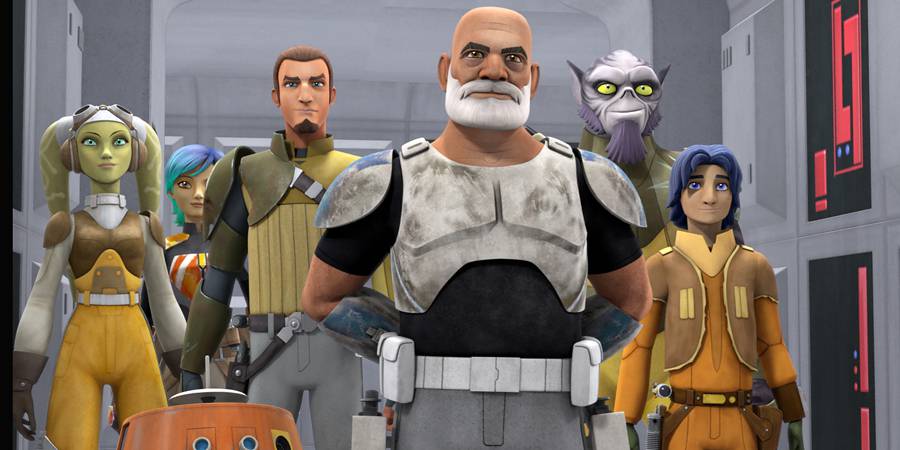 The might of the Empire grows and fan-favorite Clone Troopers debut in new episodes of “Star Wars Rebels” Season 2 Beginning Wednesday, October 14th!

In “Star Wars Rebels” Season Two, past lives will be revealed and the destiny of our heroes will be changed forever.  The transformative new season resumes with Imperial oppression on Lothal growing stronger and the rebels seeking out new allies and additional resources to sustain their fight against the evil Empire. With the help of Ahsoka Tano, the crew of the Ghost enlists some old friends: ex-clone troopers who fought in the Clone Wars. As the rebels grow in number, so do their enemies. New Inquisitors are dispatched by Darth Vader and sent to crush any threat of rebellion. Through dangerous rescue missions, thrilling space chases, and spectacular lightsaber duels – the bond of our rebel crew will be put to the test like never before.

“Star Wars Rebels: Complete Season One” is available on Blu-RayTM and DVD on Tuesday, September 1, and delivers all 15 action-packed episodes plus never-before-seen bonus material including cast and crew interviews revealing the magic behind the making of the hit series.

Follow @DisneyChannelPR and @StarWars for the latest news on #StarWarsRebels, and check out StarWars.com  for more exciting news on the series.