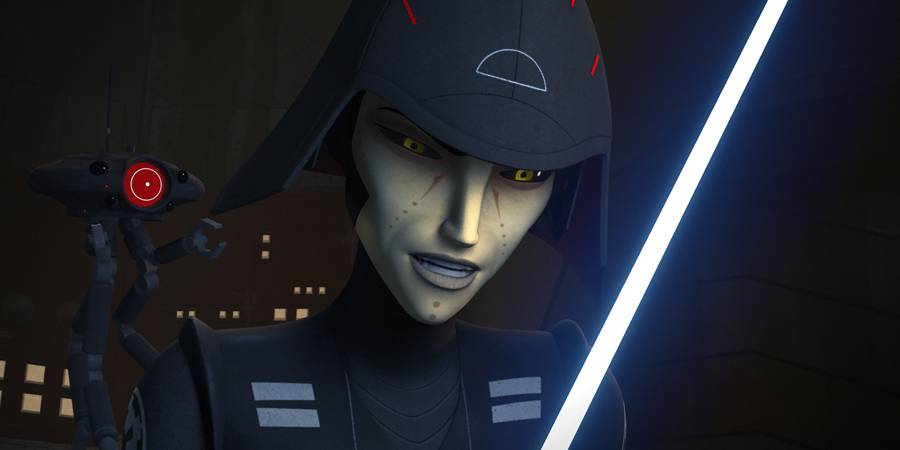 Ezra, Sabine, Zeb and Chopper venture on a mission to an abandoned medical station in search of supplies for the fleet. When the arrival of two Inquisitors sent by Darth Vader puts Sabine and Ezra in peril, Zeb and Chopper devise a plan to save their friends.

Sarah Michelle Gellar will be featured as the cunning and crafty Seventh Sister Inquisitor in the transformative second season of Star Wars Rebels. A master of deception, the Seventh Sister Inquisitor is tasked by Darth Vader to track down the rebels and capture any surviving Jedi. She’s conniving, manipulative, and deadly with a lightsaber. Sarah talks about her character on “Star Wars Rebels”

Brian Curran
A Star Wars Fan since 1977 when he was just 2. Brian grew up in California where his family would often make trips to Disneyland. In 1987 he took his first “Trip to Endor” and doesn’t pass on a chance to go back! He also enjoys going to Conventions and meeting the actors from the Star Wars films.
Read more from Brian Curran
Tags: Darth Vader, Sarah Michelle Gellar
Loading Comments...