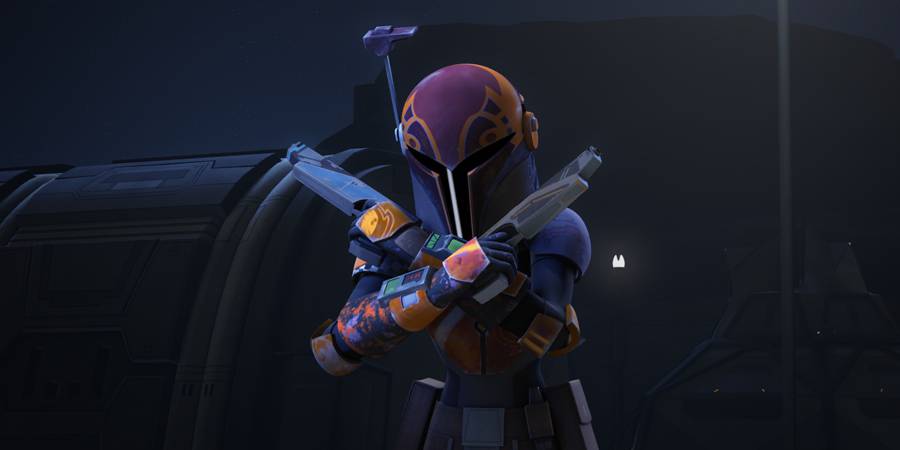 The rebels are in need of new hyperspace routes as the Empire closes in.  The rebel crew finds a new shortcut near the Concord Dawn system.  However, they must gain permission from the leader of Concord Dawn, a Mandalorian protector named Fenn Rau… a task that proves challenging.

Find out more about Sabine’s mysterious backstory as a member of the House of Vizsla when Mandalorians debut in an all-new episode of “Star Wars Rebels” airs WEDNESDAY, JANUARY 27 (9:00 p.m., ET/PT) on Disney XD.

Brian Curran
A Star Wars Fan since 1977 when he was just 2. Brian grew up in California where his family would often make trips to Disneyland. In 1987 he took his first “Trip to Endor” and doesn’t pass on a chance to go back! He also enjoys going to Conventions and meeting the actors from the Star Wars films.
Read more from Brian Curran
Tags: Disney XD, Sabine, Mandalore
Loading Comments...