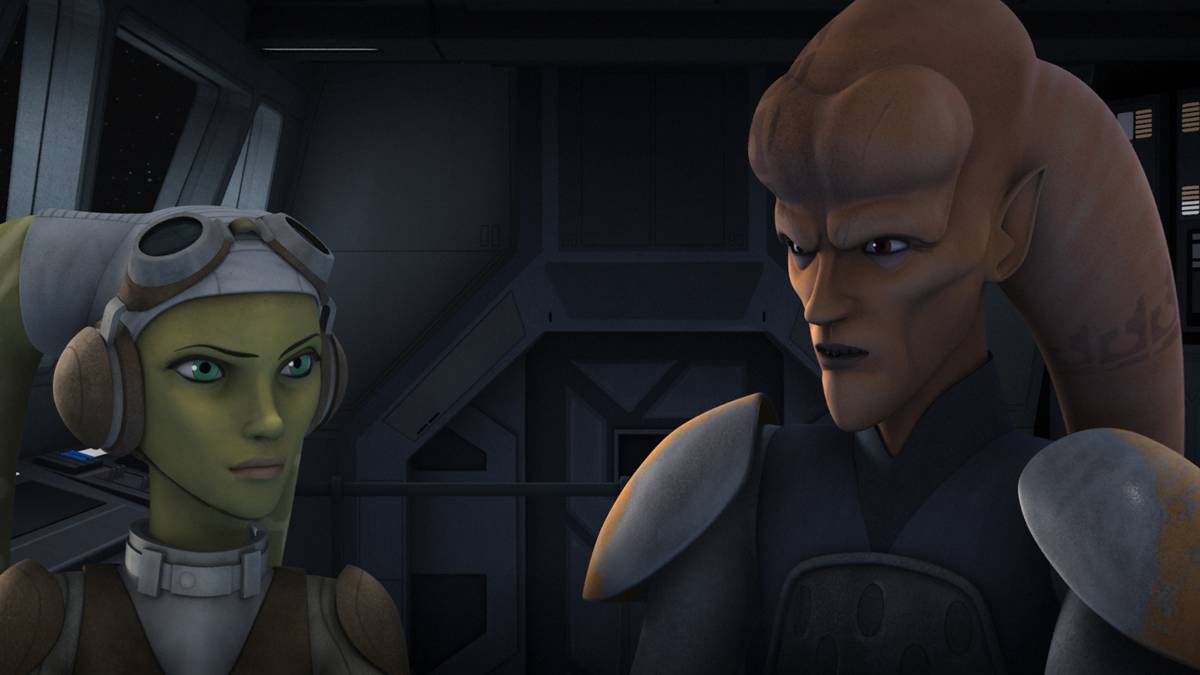 In need of a carrier to house their growing fleet, Hera must reluctantly reach out to her estranged father Cham Syndulla, who fans first met in Star Wars: The Clone Wars. Cham needs help to fight off the Imperial bombing attack on his planet and the rebels need the Imperial carrier. Coordinating on a plan to overtake and steal the carrier housing the bombers, our team discovers that Cham may have a plan of his own.

“Star Wars: The Clone Wars” fans may also recognize a familiar voice when Catherine Taber (“Padme” in “The Clone Wars) reprises her role as Numa in this episode.

Brian Curran
A Star Wars Fan since 1977 when he was just 2. Brian grew up in California where his family would often make trips to Disneyland. In 1987 he took his first “Trip to Endor” and doesn’t pass on a chance to go back! He also enjoys going to Conventions and meeting the actors from the Star Wars films.
Read more from Brian Curran
Tags: Hera Syndulla, Catherine Taber, Star Wars: The Clone Wars, Disney XD, Vanessa Marshall
Loading Comments...