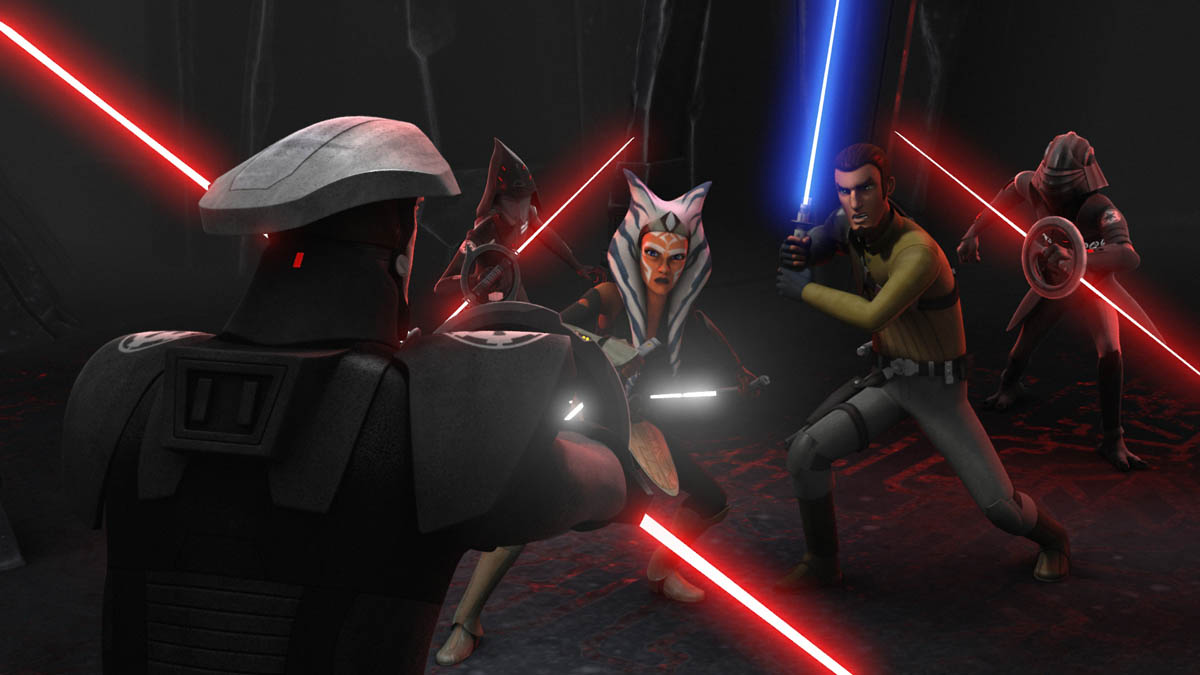 In the shocking season 2 finale of Star Wars Rebels, destinies will be forever changed and iconic characters will re-emerge in what will surely be the most talked about episode of the season. In the one-hour finale, Kanan, Ezra and Ahsoka seek out an Inquisitor to gain information about Vader, but soon encounter an unexpected ally in their fight against the Sith. When their search leads them to a confrontation with Vader (voiced by James Earl Jones), the three Jedi and their new ally must marshal all their strengths to survive. The two-part finale, which airs March 30th, is directed by series Executive Producer Dave Filoni and features the return of Darth Maul, voiced by The Clone Wars’ Sam Witwer.

Brian Curran
A Star Wars Fan since 1977 when he was just 2. Brian grew up in California where his family would often make trips to Disneyland. In 1987 he took his first “Trip to Endor” and doesn’t pass on a chance to go back! He also enjoys going to Conventions and meeting the actors from the Star Wars films.
Read more from Brian Curran
Tags: James Earl Jones, Ahsoka Tano, Sam Witwer, Ezra, Kanan
Loading Comments...