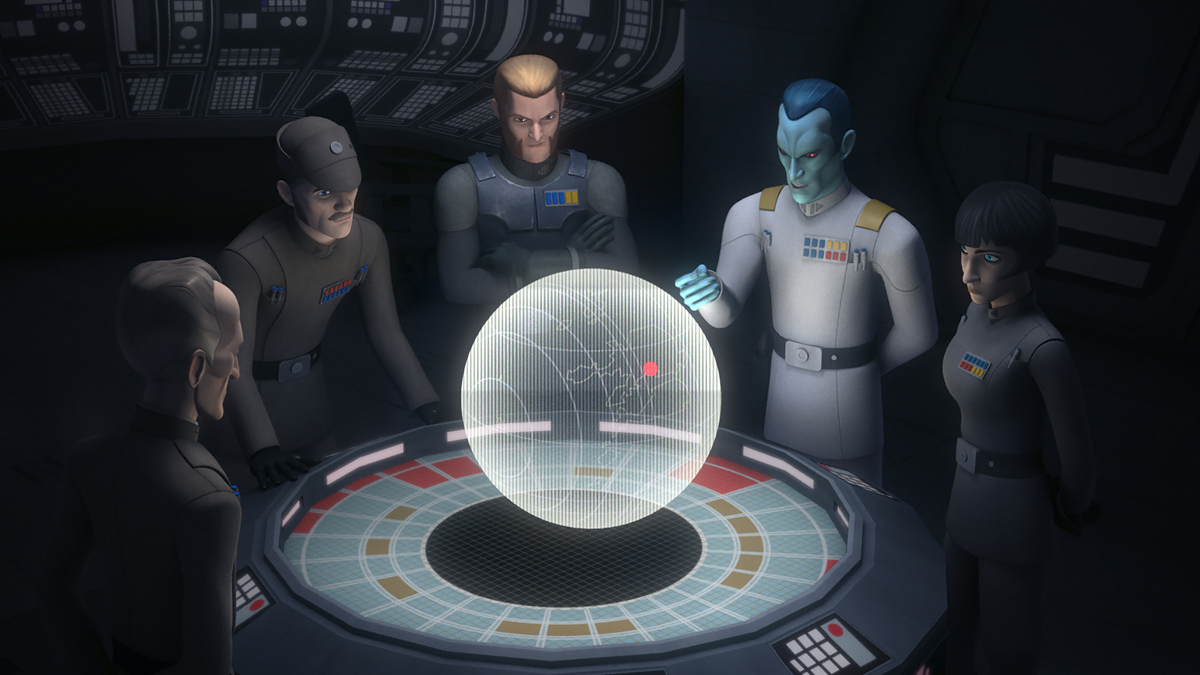 “Steps into the Shadow: Parts I and II” – the Special One-Hour Season Three Premiere of Star Wars Rebels on Saturday, September 24(8:30 p.m. ET) on Disney XD!

As Kanan deals with the aftermath of his encounter with Maul, Ezra is tasked with leading rebel missions seeking ships, supplies and new recruits eager to join the cause. With the pursuing forces of the Empire now under the direction of the cunning Grand Admiral Thrawn, the rebels must take greater risks, forge unlikely alliances and face foes from past in their efforts to support the growing rebellion.

Let by a more powerful Ezra, the rebels break an old friend out of prison to help acquire ships for the fleet, but Kanan discovers that Ezra’s new skills come from a dark place when “Star Wars Rebels” returns this SATURDAY, SEPTEMBER 24 (8:30 p.m., ET/PT) on Disney XD.

Brian Curran
A Star Wars Fan since 1977 when he was just 2. Brian grew up in California where his family would often make trips to Disneyland. In 1987 he took his first “Trip to Endor” and doesn’t pass on a chance to go back! He also enjoys going to Conventions and meeting the actors from the Star Wars films.
Read more from Brian Curran
Tags: Star Wars Rebels, Grand Admiral Thrawn, Press Release, Disney XD
Loading Comments...