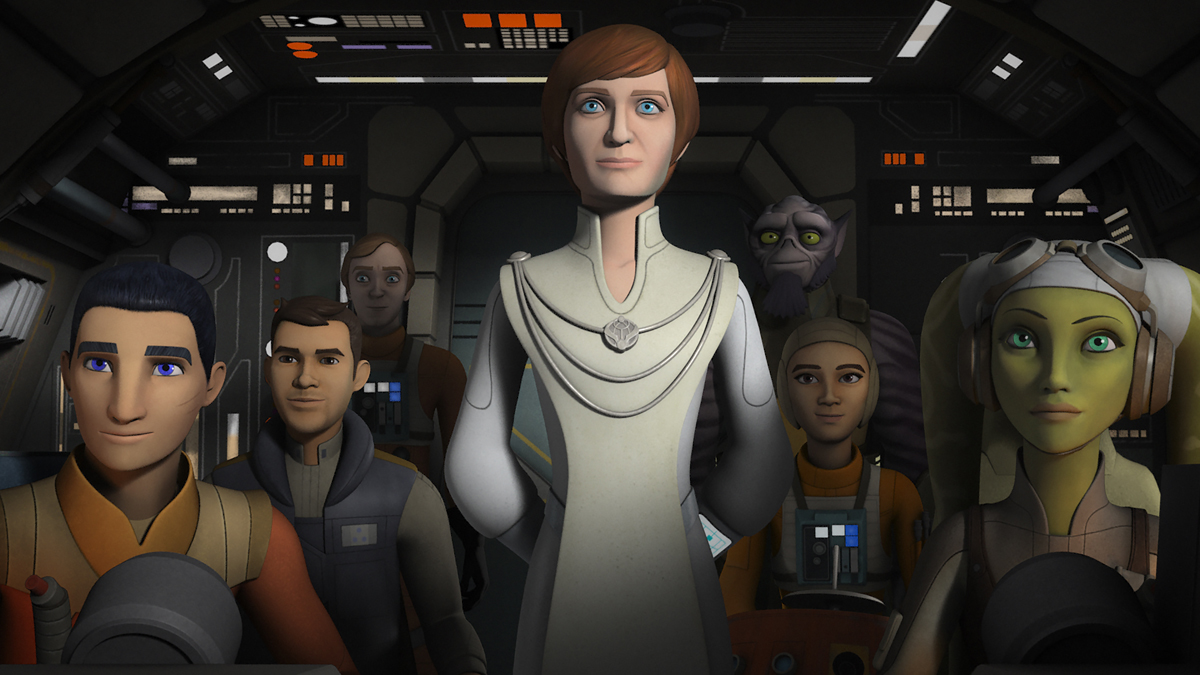 Reprising her role as Mon Mothma in “Star Wars: Revenge of the Sith” and “Rogue One: A Star Wars Story,” Genevieve O’Reilly will return as one of the most important founding members of the Rebel Alliance in the next episode of “Star Wars Rebels.”

When a routine refueling mission goes awry, the Ghost crew find themselves transporting Mon Mothma (Genevieve O’Reilly) across the galaxy in an all new episode of “Star Wars Rebels” this SATURDAY, MARCH 4 (8:30 p.m., ET/PT) on Disney XD.

Brian Curran
A Star Wars Fan since 1977 when he was just 2. Brian grew up in California where his family would often make trips to Disneyland. In 1987 he took his first “Trip to Endor” and doesn’t pass on a chance to go back! He also enjoys going to Conventions and meeting the actors from the Star Wars films.
Read more from Brian Curran
Tags: Disney XD, Genevieve O'Reilly, Mon Mothma
Loading Comments...