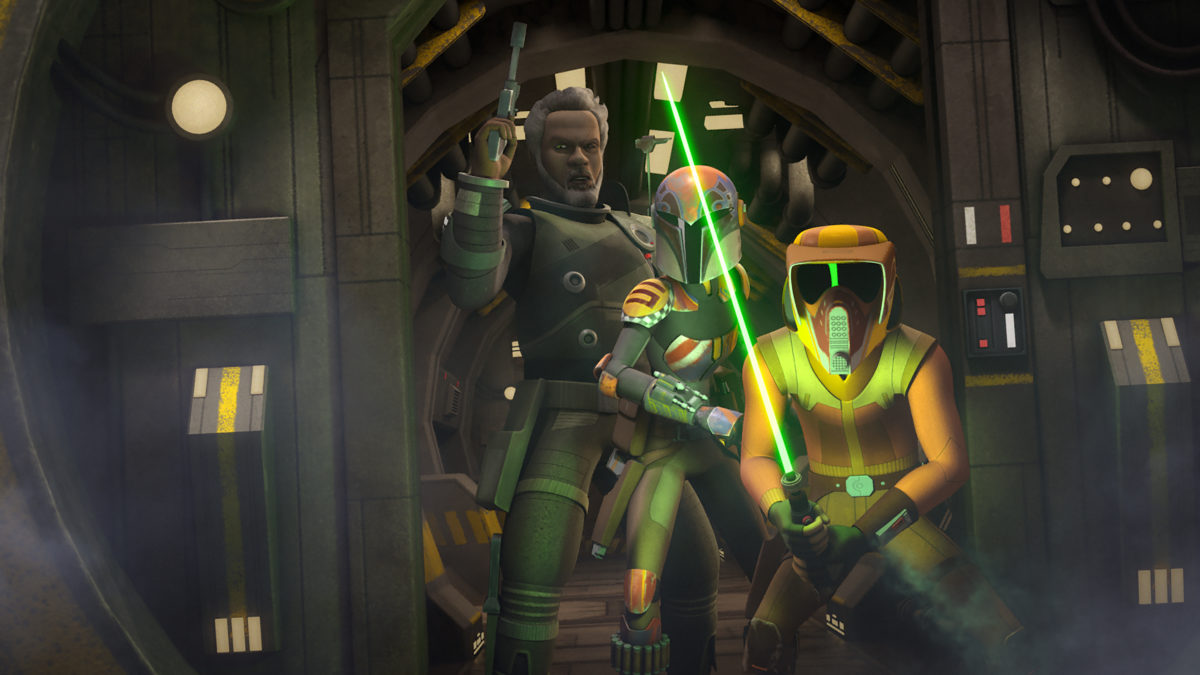 As members of the Rebel Alliance, Ezra and the Ghost crew must accept a mission to spy on an Imperial outpost they’d rather destroy. After being separated from Hera and Kanan, Ezra and Sabine join the desperate quest of Saw Gerrera (voiced by Forest Whitaker)​ to hunt down the Empire’s elusive secret super weapon.

Saw Gerrera returns to “Star Wars Rebels” on MONDAY, OCTOBER 23 with five airings of a one-hour block of back-to-back episodes “In the Name of the Rebellion: Parts One and Two” throughout the day (12:30am, 3:00am, 7:30am, 5:30pm and 9pm EDT/PDT) on Disney XD and the DisneyNow App.

New episodes will now premiere at 9pm ET/PT on Mondays and be repeated throughout the week.

Brian Curran
A Star Wars Fan since 1977 when he was just 2. Brian grew up in California where his family would often make trips to Disneyland. In 1987 he took his first “Trip to Endor” and doesn’t pass on a chance to go back! He also enjoys going to Conventions and meeting the actors from the Star Wars films.
Read more from Brian Curran
Tags: Saw Gerrera, Mon Mothma, Forest Whitaker
Loading Comments...