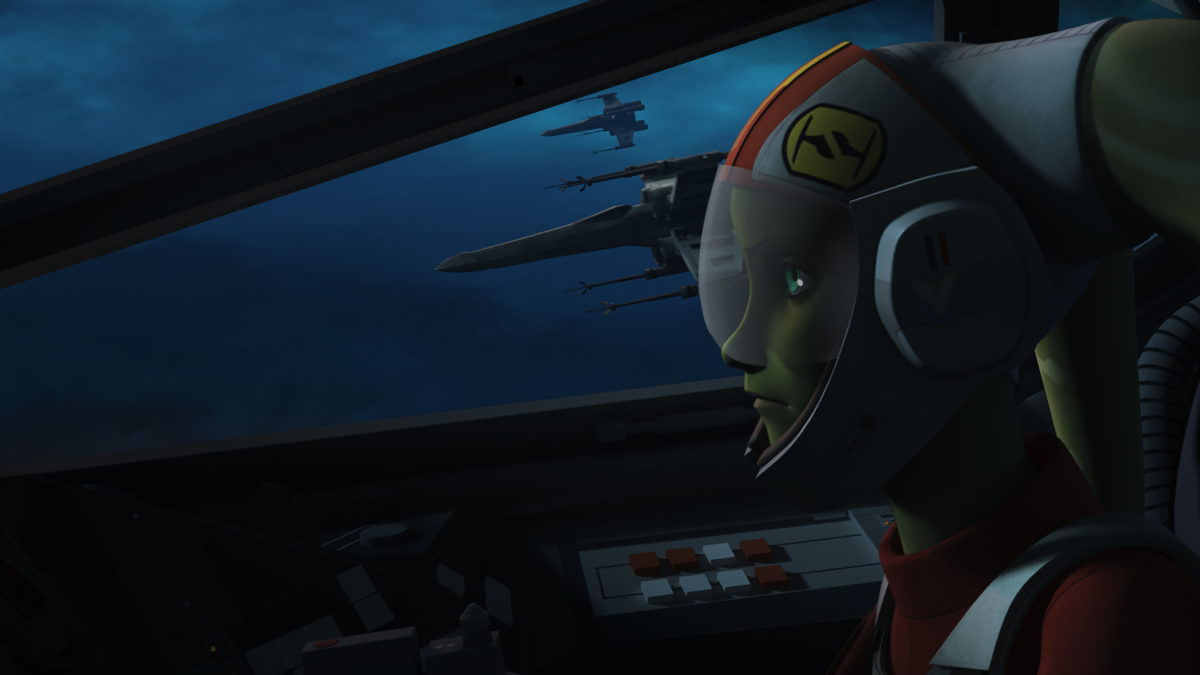 See Hera and the Ghost crew in action next MONDAY, NOVEMBER 13th (9:00 p.m. ET/PT) on Disney XD in the last premiere episode of 2017 before “Star Wars Rebels” takes a Winter hiatus. New episodes leading to an epic series finale will return in early 2018.

In the next (half-hour) episode – “Rebel Assault” – Hera leads a courageous attack against the forces of Grand Admiral Thrawn, but when things go awry, her battle to win must become a daring escape if she is to survive.

Brian Curran
A Star Wars Fan since 1977 when he was just 2. Brian grew up in California where his family would often make trips to Disneyland. In 1987 he took his first “Trip to Endor” and doesn’t pass on a chance to go back! He also enjoys going to Conventions and meeting the actors from the Star Wars films.
Read more from Brian Curran
Tags: Hera Syndulla, Grand Admiral Thrawn
Loading Comments...