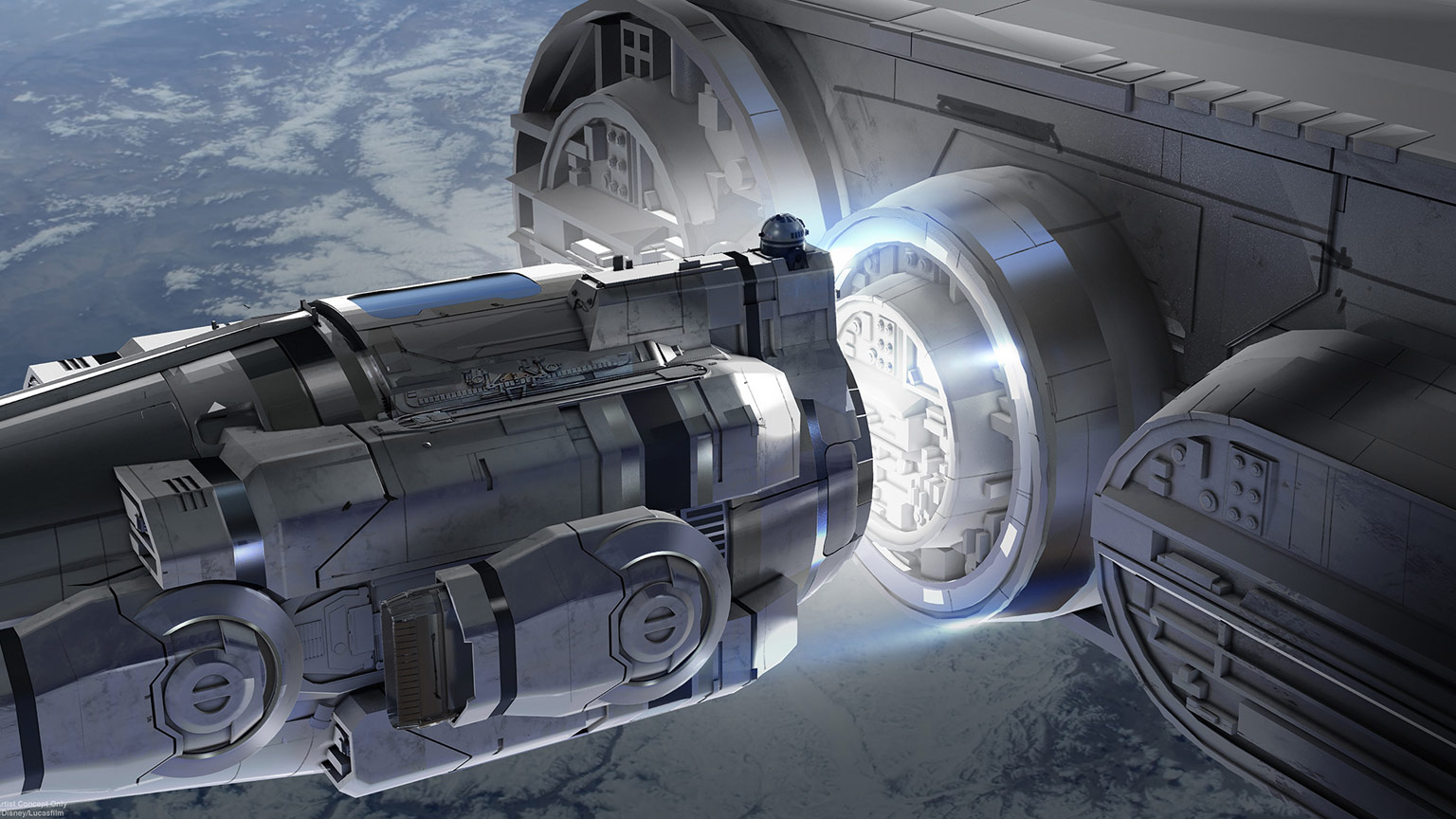 This past weekend was a whirlwind of announcements and we thought it was best to let the dust settle before force feeding it again. Here’s the update to catch you up on what you may have missed, or if you’re really behind, find out everything for the first time!

Beginning November 21, Ralph Breaks VR will put you inside a new multi-sensory Disney adventure where you’ll be immersed in the internet world of Ralph Breaks the Internet. In teams of four, guests will break into the internet with Wreck-It Ralph and Vanellope von Schweetz disguised as characters from the film called “Netizens” to play the newest, coolest video game ever.

To experience The VOID, guests must be at least 48″ tall and 10 years old at both Disney Springs and the Downtown Disney District.

Star Wars: Secrets of the Empire will continue to operate but the specific schedule varies by location. For more details on experience availability and to purchase your tickets, visit TheVoid.com.

Starting January 2019, guests will be invited to the biggest celebration of Mickey Mouse and Minnie Mouse in Disneyland History. Get Your Ears On will celebrate the beloved Mickey and Minnie, with exciting new entertainment and decor at Disneyland park, plus limited-time food and beverage offerings and festive event merchandise.

“Mickey’s Mix Magic“: The night will light up at Disneyland Park with a new high-energy projection show, celebrating Mickey Mouse and creating a family-fun dance party atmosphere throughout the park. State-of-the-art projections, lighting and lasers will transform Main Street, U.S.A., the water screens of Rivers of American and the facade of “it’s a small world” into a colorful, dazzling array of sights and sounds, with “DJ” Mickey spinning dance-tastic twists on favorite Disney melodies. And on select nights, “Mickey’s Mix Magic” will go sky high when the show is enhanced with the addition of fireworks. “Mickey’s Mix Magic,” will debut on January 18th.

Valentine’s Month: Disneyland park will feature lovely, festive Valentine’s decor, including a new Mickey Mouse flower “portrait” on Main Street, U.S.A. Guests may also choose to partake in Minnie’s Valentine Surprise, a special scavenger hunt experience in Disneyland park. Once guests have purchased a commemorative map and stickers at select merchandise locations, they may search for the hidden valentines that Minnie has left for Mickey around the park. Valentine’s Month at Disneyland park kicks off January 22 through February 18.

-Mickey and Minnie will greet guests together inside Town Square Theater, sporting all-new colorful outfits for their special celebration.

-The new Celebration Station inside Town Square Theater will be a must visit, as you can sign a guestbook to let Mickey and Minnie know, personally, just how much fun you’re having during their party.

-An all-new song, “It’s A Good Time” will play several times daily as part of the new “Move It! Shake It! MousekeDance It! Street Party.” During this high-energy bash, you will be able to join in the fun with all your pals, including Donald Duck, Daisy Duck, Goofy and many others.

Announced as an all-new cinematic nighttime experience, “Wonderful World of Animation” will use state-of-the-art technology to take guests on a magical journey through more than 90 years of Disney animation, all beginning with – of course – Mickey Mouse himself. The show will arrive May 1 as part of the 30th Anniversary of Disney’s Hollywood Studios.

Some of the more mind blowing news were the details surrounding Star Wars: Galaxy’s Edge, including the two attractions of Galaxy’s Edge, now with their names revealed.

Millennium Falcon: Smuggler’s Run, puts guests behind the controls of the fastest hunk of junk in the galaxy in one of three unique flight crew roles.

The second attraction puts guests in the middle of an epic battle between the Resistance and the First Order, called Star Wars: Rise of the Resistance.

Of course the juiciest announcement or reveal, was that John Williams had cooked up some new music for the land. Hear it below, as conducted by William Ross, performed by the London Symphony Orchestra.

This groundbreaking experience is unlike any resort experience you’ve ever seen. From the moment you board your launch pod, it’s a fully-immersive, multi-day Star Wars adventure aboard a luxury starship complete with high-end dining, space-view cabins and all of the exciting action you would expect from an authentic Star Wars experience.

2019 can’t get here soon enough. We can’t wait to visit a street market in Black Spire Outpost, shop at food stalls where you can enjoy delicacies like blue milk, or visit the Cantina where you can see an old friend Rex, as well as encounter creatures and characters that are hallmarks of the Star Wars universe. Guests from across the galaxy can experience this new larger-than-life land.

With the Skyway removed from both Disneyland and Walt Disney World, guests are eager to experience it again, and now they will be able to, with the Skyliner Gondolas servicing Disney’s Hollywood Studios and Epcot to four resort hotels: Disney’s Art of Animation Resort, Disney’s Pop Century Resort and Disney’s Caribbean Beach Resort, as well as the proposed new property, Disney’s Riviera Resort.

Imagineers have been hard at work creating Mickey & Minnie’s Runaway Railway at Disney’s Hollywood Studios, using breakthrough technology to transform a two-dimensional cartoon into an amazing real-world experience. The first-ever ride-through attraction themed to Mickey Mouse will feature a new original story and lovable theme song as it takes guests on a journey inside the wacky and unpredictable world of Disney Channel’s Emmy Award-Winning “Mickey Mouse” cartoon shorts.

Before the classic nighttime entertainment spectacular transforms in 2020, there will be a limited-time experience debuting in Fall 2019 called Epcot Forever. Set to classic Epcot tunes, the show begins with a spark of imagination that quickly grows into an epic spectacle of fireworks, music, lighting, lasers, and choreographed, special-effects kites.


It was also announced that the new Ratatouille attraction opening in the France Pavilion will be called “Remy’s Ratatuille Adventure“, but will be ready at a later date.

Inspired by the European grandeur Walt Disney experienced in his travels along the Mediterranean coastline, Disney’s Riviera Resort is projected to open in fall 2019 and will be the 15th Disney Vacation Club property.

Wow, that’s quite a lot coming to Disneyland and Walt Disney World in 2019! Better start saving now, and we’ll see you in the parks!