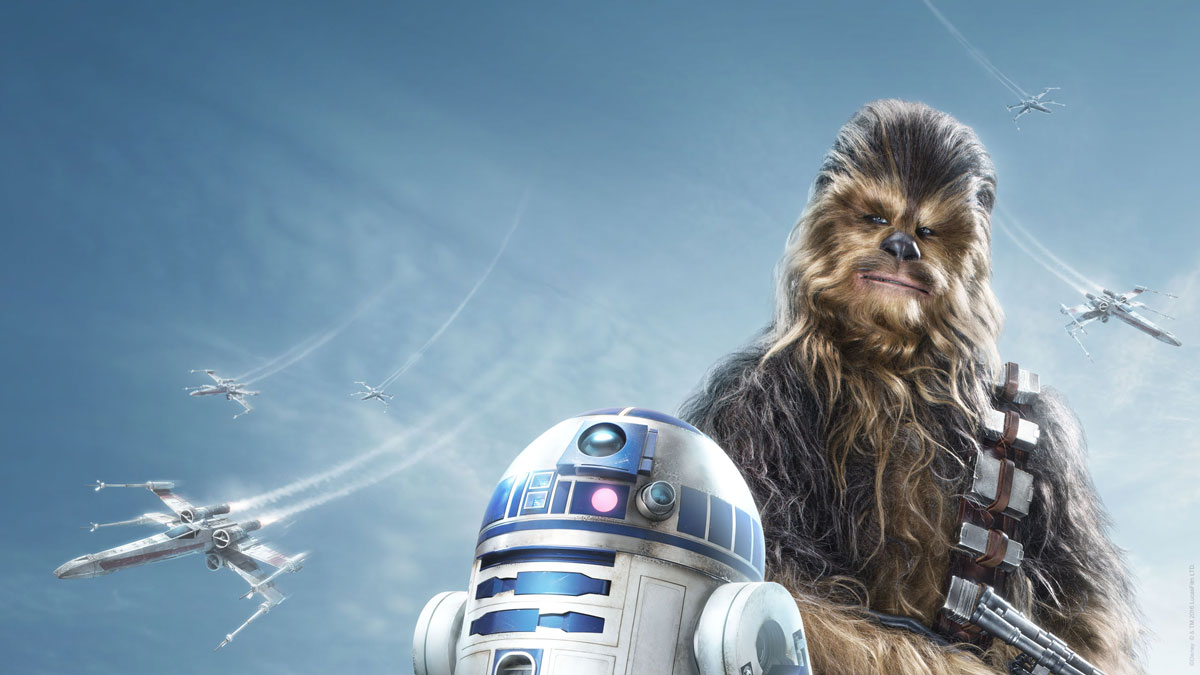 Some brand new information and a brand new visual come today from Disneyland Paris about their brand new Season Of The Force! It seems events like the First Order March and Stormtrooper patrol come straight from their American counterparts. We will be reporting from the parks during the launch of Season Of The Force.

From 14 January to 26 March 2017, Disneyland® Paris will host THE SEASON OF THE FORCE, a unique celebration of the galactic saga.

Imagine a one-time-only experience, coming face-to-face with Captain Phasma or a stormtrooper patrol; imagine activities designed to transport guests to a galaxy far, far away; imagine an evening show performed under the stars, to the backdrop of imposing architecture.

Walt Disney Studios® Park will be at the heart of this upcoming celebration, with a whole host of events that fans will simply love, but that’s not all:
“Star Wars: A Galactic Celebration”

At nightfall, Walt Disney Studios Park will light up with iconic STAR WARS™ colours as part of a new show specially designed for Disneyland® Paris. “Star Wars: A Galactic Celebration” is set to be a breath-taking spectacle of light and sound featuring projections and special effects, along with many more surprises. Heroes from the world of Star Wars, such as Chewbacca and R2-D2, as well as the likes of Kylo Ren, Darth Maul, Darth Vader and many more, will be there in person, to the great delight of guests. Iconic characters from the Empire, the First Order and of course the Resistance will all make an appearance on stage, adding an incredible dimension to this show that pays tribute to the Star Wars saga through its heroes. A one-time event not to be missed. Only from 14 January to 26 March 2017.

Before this amazing evening event gets underway, many other experiences await to transport guests from Walt Disney Studios® Park to a galaxy far, far away…

From the “First Order March” and the “Stormtroopers Patrol” to “Star Wars: A Galaxy Far, Far Away”

From 14 January to 26 March 2017, the days at Walt Disney Studios® Park will be marked by epic appearances of heroes straight from the world of Star Wars. Kicking it all off will be the “First Order March”, led by Captain Phasma. This will be followed by the daytime performance of “Star Wars: A Galaxy Far, Far Away”, which puts the spotlight on a number of iconic characters from the saga, such as Darth Vader and Kylo Ren, to name but a few. Lastly, guests will be thrilled to find themselves face-to-face with a stormtrooper patrol, and even able to interact with it!

To bring balance to the Force, Jedi Masters will be ready and waiting every day to train young Padawans, aged from 7 to 12 years, at the Jedi Training Academy (Vidéopolis® – Discoveryland). From 12 January to 4 May 2017, this special training course will take them to the very heart of the world of Star Wars and let them walk side-by-side with heroes from the saga.

Heroes from the world of Star Wars are certainly set to take centre stage at Disneyland Paris. “SEASON OF THE FORCE”: an unmissable immersive experience for the youngest Padawans and the oldest Jedi alike.