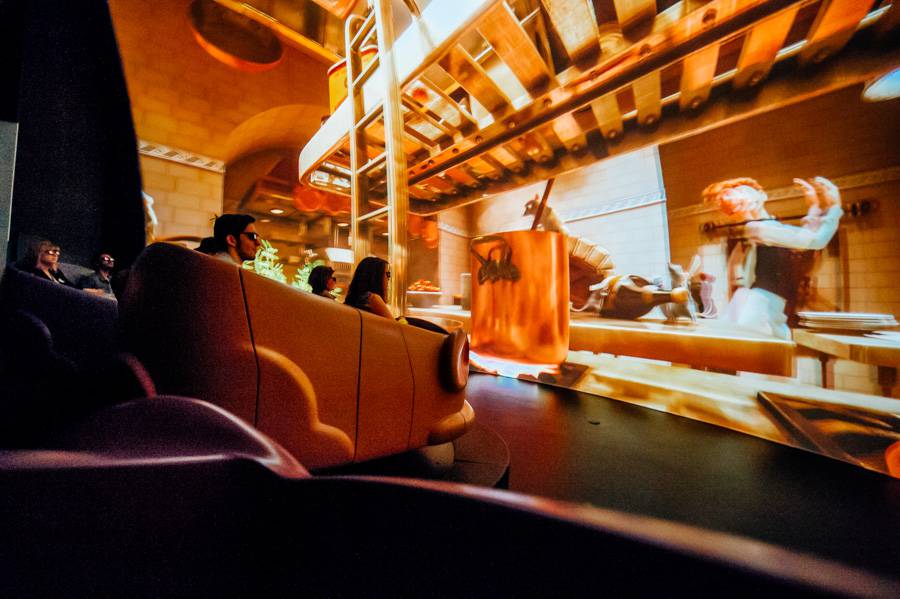 This article was provided by Disneyland Paris

Creating great music is a bit like creating a great dish. It’s all about inspiration and skill. You select quality ingredients, you mix, you season, you correct if necessary, and voilà!

This is exactly the spirit in which composer Michael Giacchino approached the music for Ratatouille in 2007, mixing styles and instruments until he created the perfect balance of flavors and characters permitting him to earn his first Grammy Award and Oscar nomination.

That same recipe is found in the music of the attraction, “Ratatouille : L’Aventure Totalement Toquée de Rémy”, which opened in 2014.

The entire attraction is a vibrant tribute to the city of Paris, its architecture, its art of living and naturally, its music. So… what says Paris more than the sounds of accordions? In fact, this emblematic instrument of the French culture is featured prominently in the attraction’s soundtrack, from the “first course” of our adventure on the rooftops of Paris. Such a romantic “starter”!

However, Paris was also the European capital of jazz between the 1930s and 1960s, and in particular Gypsy Jazz influenced by Django Reinhardt. This characteristic style, associated with Emile and his friends, can be found in Rémy’s restaurant played by an unusual orchestra of “homemade” instruments!

Wait! Let’s not forget the Tango, also a big hit in the capital at the beginning of the 20th century, dancing in our ears when we enter the restaurant.

The Recipe for Success

To concoct the music for Ratatouille : L’Aventure Totalement Toquée de Rémy, Michael Giacchino first carefully selected the themes from the film that best lent themselves to this new story and adapted them to fit the adventure.  Thus, just after the pantry scene, the music evokes the beginning of the film, although the composer completely rethought it. More specifically, he added impromptu chords to underline the mop movements that Linguini makes to push Rémy and Emile out of Skinner’s sight.

He also visited the site during the construction of the attraction to get the most accurate idea of the conditions in which the music would resonate in order to form the ideal orchestra for the experience.

He then entrusted the arranging of the new score to his orchestrator and conductor, Tim Simonec, giving him carte blanche to embellish it “to his liking”! Therefore, for Rémy’s arrival in the kitchen, after quickly hiding so as not to be seen by Skinner, Tim took the sequence from the film in which the “little chef” corrects Linguini’s soup and added percussion to make it more dramatic.

Just as for the movie, the attraction’s music was recorded at historical Capitol Records in Los Angeles (where Soul music was also recorded). The composer wanted the musicians to play together in a live setting to bring the music to life. To do this, he called on some of the musicians who had participated in the film. The artists had the chance to enjoy revisiting the themes that they had already tasted in 2007 and brought a new “spice” to them.

In the typical jazz spirit, this version’s soloists are brought to light. Naturally there’s the accordion, but we must not forget the drums, the guitar and the violin. For the occasion, musicians and the conductor performed wearing Chef hats to be even more in harmony!

As Kylian Hansen, from the Magic Disneyland page, says, “The music of ‘Ratatouille : L’Aventure Totalement Toquée de Rémy’ was carefully created to evoke a gourmet Paris. When you listen to it, you close your eyes and all those smells come flooding in! It’s simple: Once I’m in this attraction, I’m at the dining room table”!