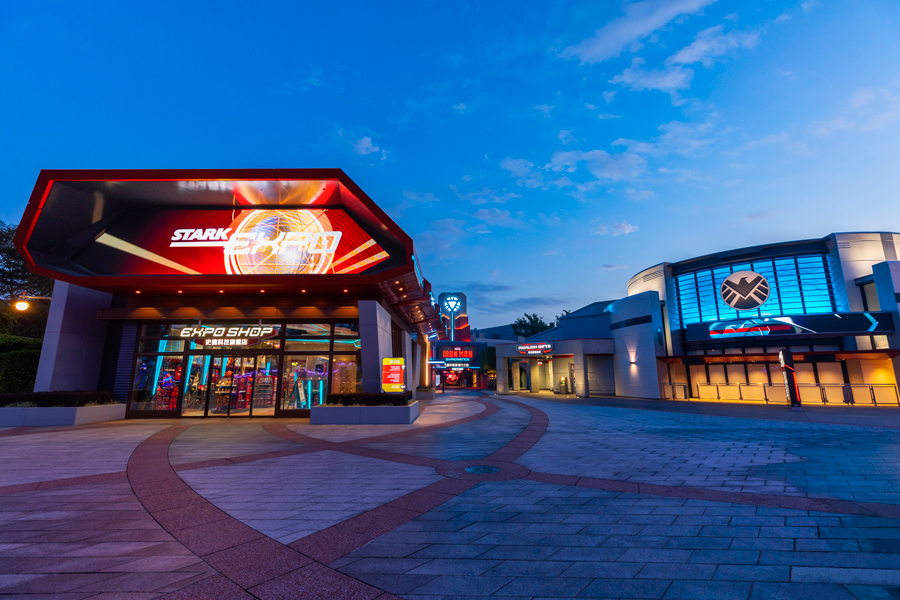 Hot off the heels of last year’s release of Ant-Man and the Wasp in theaters, ANT-MAN AND THE WASP: NANO BATTLE! makes a home in Hong Kong Disneyland’s Tomorrowland with an opening date set for March 31, 2019.

This new adventure will end guests on a thrilling adventure with Ant-Man and the Wasp who have answered a call from Iron Man, requesting assistance in a Hydra attack.

From the Disney Parks Blog:

This high-tech, high-energy interactive adventure begins with a visit to the S.H.I.E.L.D. Science and Technology Pavilion, a newly opened facility at Stark Expo in Tomorrowland set up to showcase S.H.I.E.L.D.’s latest technological developments.

A seemingly ordinary visit is soon interrupted by Hydra attempting to steal the Arc Reactor atop Stark Tower in Kowloon, Hong Kong, while its artificial intelligence Arnim Zola sends an army of Swarmbots to the S.H.I.E.L.D. Pavilion to steal a Data Core with highly confidential information. As he battles Swarmbots in Kowloon, Iron Man calls in Ant-Man and The Wasp to defend the pavilion, because only they can shrink down to get between the bots’ armor to destroy them from the inside.

With thousands of bots and only two of them, Ant-Man and The Wasp call on guests at the pavilion for help. Aboard one of S.H.I.E.L.D.’s newest combat vehicles, D/AGR – the Defense/Assault Ground Rover (aka “the Dagger”) – guests are issued an EMP Blaster and engage in a heroic battle alongside Ant-Man and The Wasp to defeat Zola and his Swarmbots.

The attraction features “Ant-Man and The Wasp” stars Paul Rudd and Evangeline Lilly reprising their roles, as well as scoring by Christophe Beck, composer for the Ant-Man movies. Artefacts and research items from more than a dozen Marvel movies, TV show episodes and comics will also be on display.

Created with classic Disney storytelling enhanced by cutting-edge scenic illusion technology and a state-of-the-art gaming system, Ant-Man and The Wasp: Nano Battle! will be an exhilarating and interactive can’t-miss experience at Hong Kong Disneyland when it opens March 31. Take a look at the video below for a sneak peek!

David Yeh
A long time fan of both Disney and Star Wars, he has a hard time resisting the temptations of Disney’s merchandising force. If you see pictures of the toys and pins, you can bet they are from Dave, our resident collecting guru.
Read more from David Yeh
Tags: Marvel, Ant-Man, The Wasp
Loading Comments...