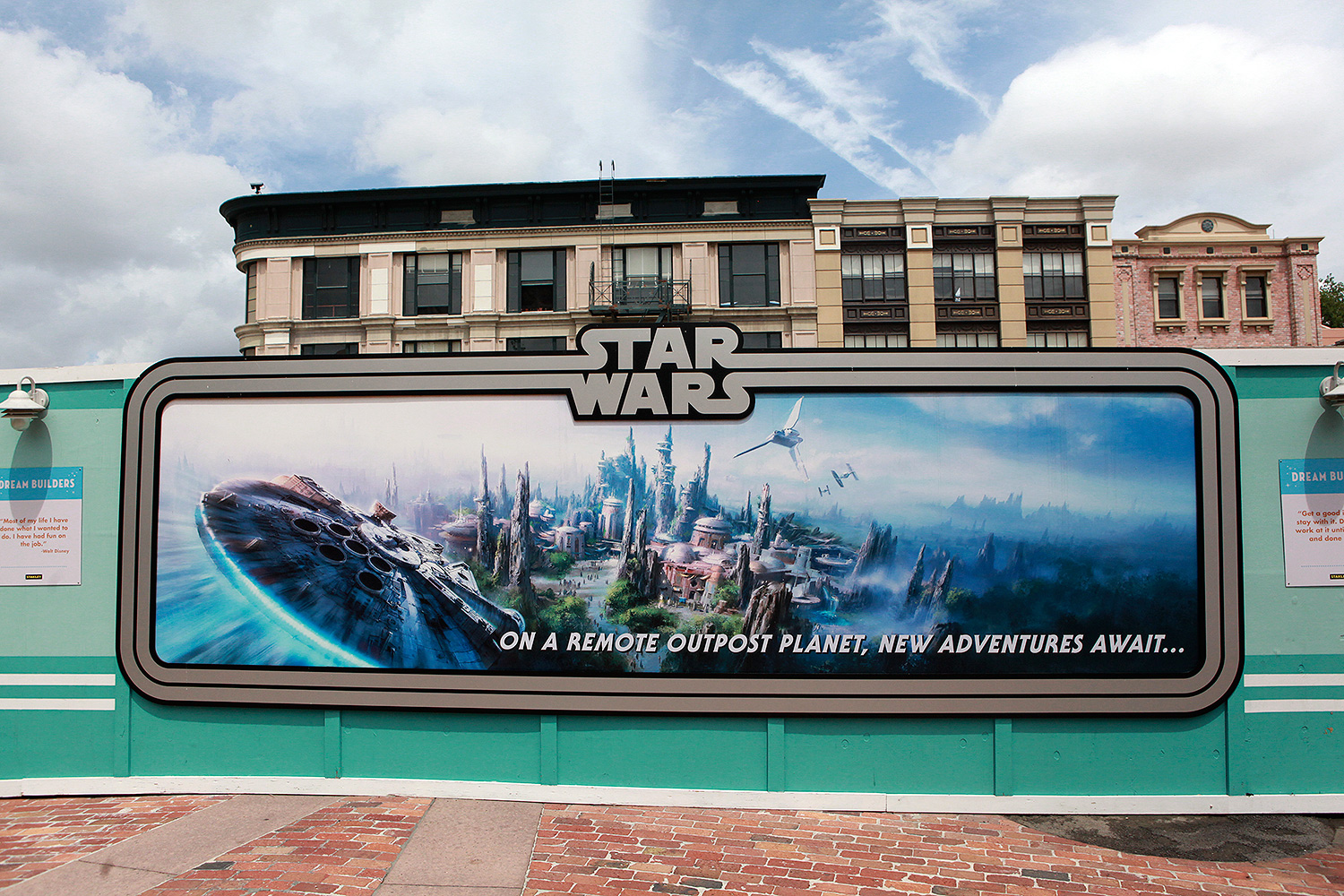 While construction is going strong at Disneyland’s Star Wars themed land in Anaheim (AT-AT’s are in place), progress in Orlando’s Disney’s Hollywood Studios seems further behind, with many structures still waiting to be leveled. Replacing much of the Streets of America, Honey, I Shrunk the Kids: Movie Set Adventure, and Lights, Motor Action! Extreme Stunt Show, the location of the new Star Wars themed land is an interesting juxtaposition between Star Tours and the seemingly out of place Muppets Courtyard, home to Jim Henson’s Muppet-Vision 3D and the rethemed PizzeRizzo (replacing Pizza Planet).

It will be fascinating to see this area develop over the years and see how Disney plans on transitioning from brick buildings to the earthier tones of the unnamed remote outpost planet.

Both Anaheim and Orlando promise to deliver the finished Lands by 2019, but if we were to place any bets, we’d wager Anaheim finishing first, just in time for a world premiere of The Last Jedi (May 23, 2019) with an after-party taking place in the new land itself. The Walt Disney Studios are having two after-parties in Disney Parks this year, with the fifth entry of Pirates of the Caribbean: Dead Men Tell No Tales having its world premiere in Shanghai Disneyland’s Disneytown with the after party in Treasure Cove, a land inspired by the Pirates films; and the world premiere of Cars 3 having its after-party in Disney California Adventure’s Cars Land.

Star Wars Celebration is also taking a year off in 2018 and returing in 2019, so if things work out, it’d be hard to imagine them holding the convention away from a brand new Star Wars themed land.

We’ll do our best to keep an eye on the developments and May the 4th Be With You!

David Yeh
A long time fan of both Disney and Star Wars, he has a hard time resisting the temptations of Disney’s merchandising force. If you see pictures of the toys and pins, you can bet they are from Dave, our resident collecting guru.
Read more from David Yeh
Tags: construction
Loading Comments...