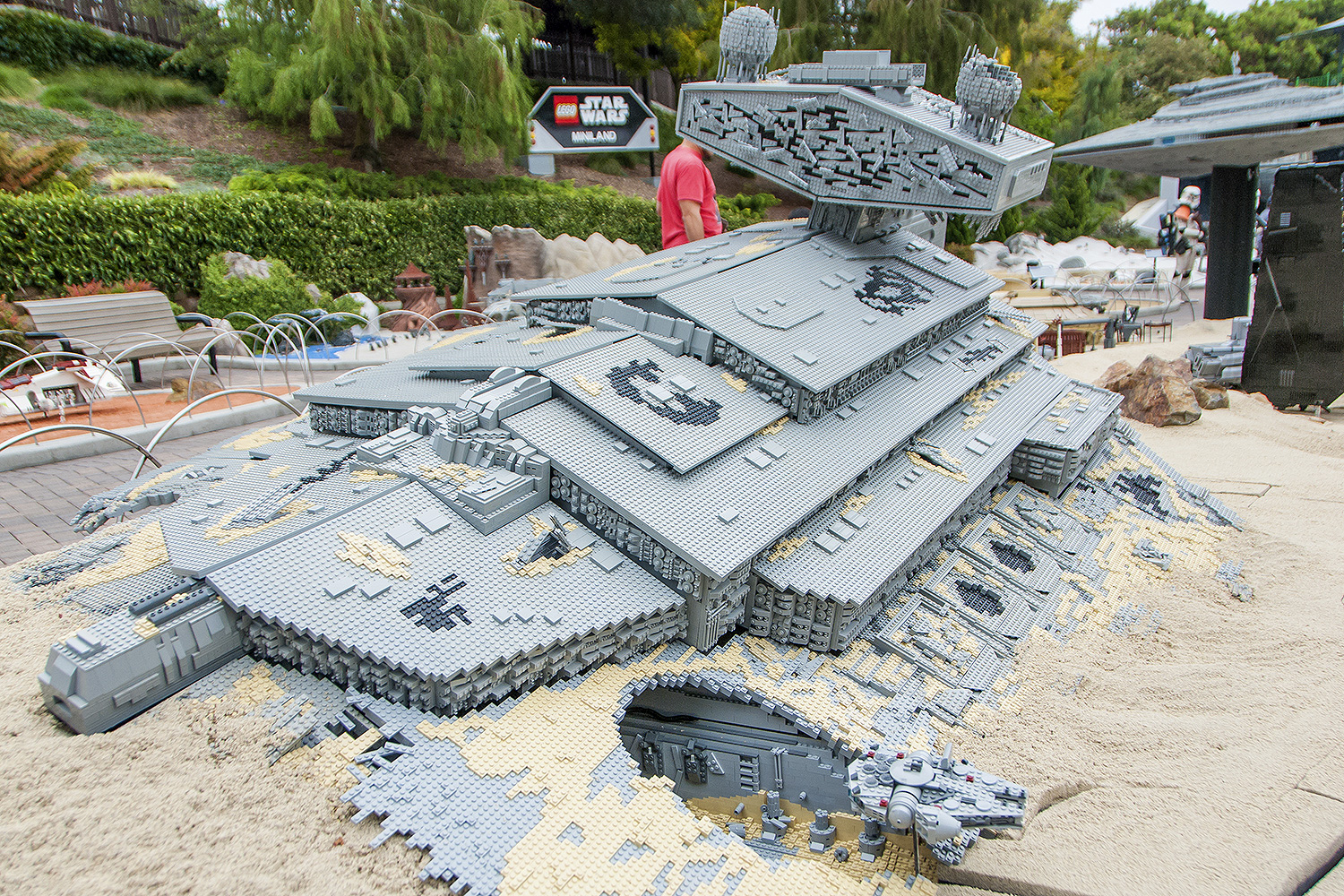 Earlier this year at LEGOLAND California, an older scene from The Clone Wars was replaced and refreshed with a few new scenes from The Force Awakens. All taking place on Jakku, guests vising LEGOLand California can get up close and personal with Kylo Ren, Rey, Finn, and BB-8 as they escape the cluthches of the First Order. We sent our junior reporter to grab some photos of the experience and we present a handful of them below. Star Wars Miniland is included in admission to LEGOLand California.

Rey, the scavenger heads into the village.

Home is where the heart is AT-AT according to Rey.

In hot pursuit, Rey, Finn, and BB-8 try to escape from the First Order.

Escaping in a stolen Millennium Falcon, Rey and Finn manage to escape their enemies in a crashed Star Destroyer.

David Yeh
A long time fan of both Disney and Star Wars, he has a hard time resisting the temptations of Disney’s merchandising force. If you see pictures of the toys and pins, you can bet they are from Dave, our resident collecting guru.
Read more from David Yeh
Tags: Legoland, LEGO Star Wars, Legoland California
Loading Comments...