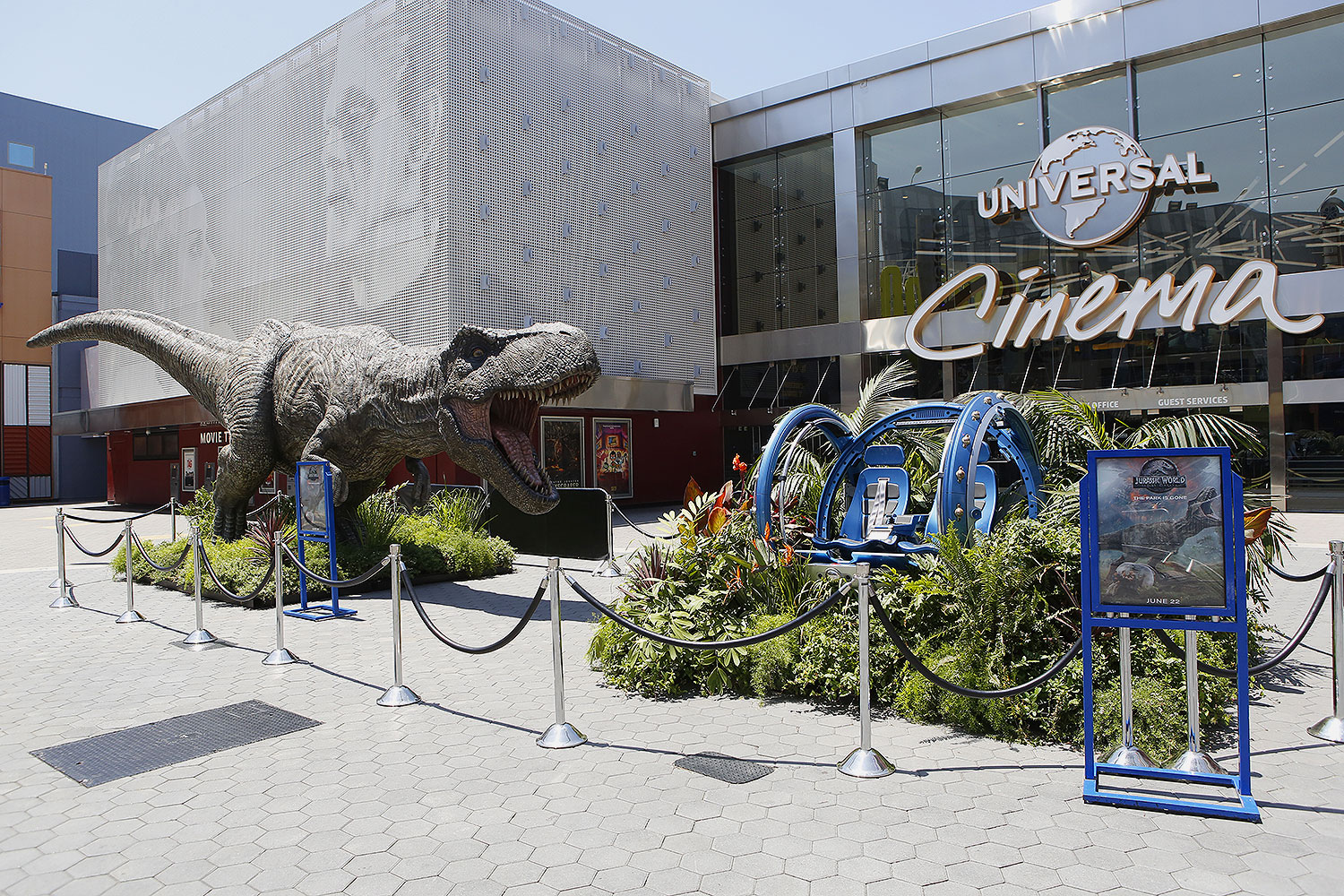 It’s the weekend for Jurassic World: Fallen Kingdom, a Universal Pictures release, and they’re not letting people forget it! Right now at CityWalk (the Entertainment Capital of Los Angeles) is a 3-ton Tyrannosaurus Rex and a life-size Gyrosphere. The massive T-Rex stands 13 feet tall and 36 feet wide, protecting the recently renovated Universal Cinema, which will host early previews of Jurassic World: Fallen Kingdom in seven of its theaters. Inside the theater you’ll find more props and costumes worn by the actors from the film. The T-Rex will be on display and ready for selfies until June 24, while the costumes inside the theater will be viewable through July 1st.

In related news, Ariana Richards (Lex) from the original Jurassic Park came to meet with Blue from Jurassic World and Jurassic World: Fallen Kingdom, as well as ride Jurassic Park: The Ride for one last time before it goes extinct on September 3, 2018.

David Yeh
A long time fan of both Disney and Star Wars, he has a hard time resisting the temptations of Disney’s merchandising force. If you see pictures of the toys and pins, you can bet they are from Dave, our resident collecting guru.
Read more from David Yeh
Tags: Jurassic Park, CityWalk, Universal Studios, Jurassic World, universal citywalk
Loading Comments...