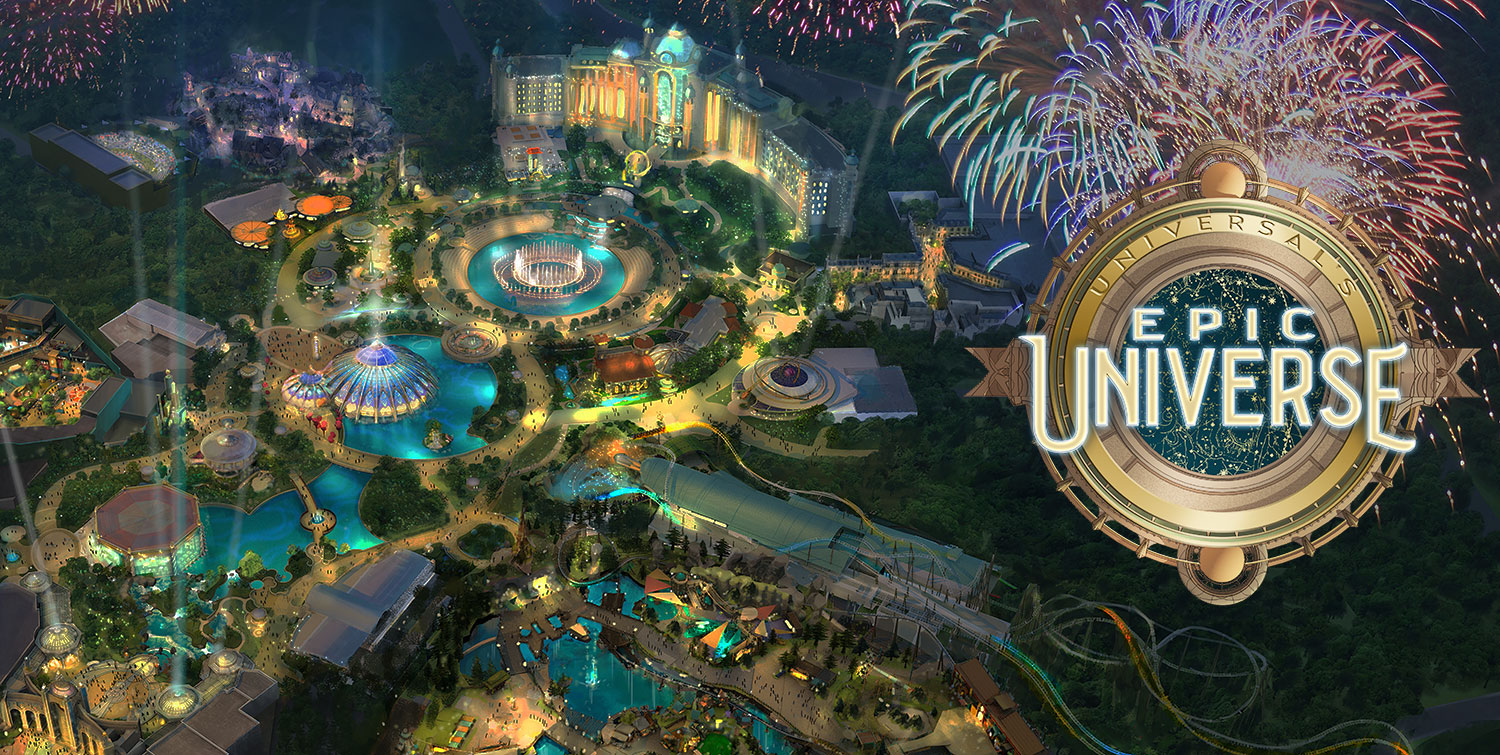 While details about the lands are scarce right now, you know Universal is just waiting for Disney to take their turn at the upcoming D23 Expo before laying out their plans. Literally, it’s on like Donkey Kong.

Universal’s Epic Universe will take guests on a journey where beloved stories expand into vibrant lands – and where that journey is as much a part of their adventure as the ultimate destination.

The new theme park will also feature an entertainment center, hotels, shops, restaurants and more. It will be located within a larger 750-acre site that nearly doubles Universal’s total available acreage in Central Florida.  Universal’s Epic Universe is just a few miles from the existing resort in Southwest Orange County.  Specifically, it will be south of Sand Lake Road and east of Universal Boulevard.

“Our vision for Epic Universe is historic,” said Tom Williams, Chairman and Chief Executive Officer for Universal Parks & Resorts.  “It will build on everything we have done and become the most immersive and innovative theme park we have ever created. It is an investment in our business, our industry, our team members and our community.”

“The investment Universal is making in our community and the benefit all of us will see is substantial,” said Mayor Demings.  “This will benefit nearly every segment of our economy – from tourism to high-tech.”

Mayor Demings also spotlighted Universal’s role in the Kirkman Road extension.  This is a 50/50 public-private partnership in which Universal is investing $160 million to extend Kirkman into the area where the new park will be located.

“The Kirkman extension will improve transportation through a busy and growing portion of our county and open up the entire area for additional development – including an important expansion of our Convention Center,” he said.

During the announcement, Governor DeSantis, Mayor Demings and Tom Williams released information about Universal’s economic contribution to the state and local economy.

Universal Orlando currently employees 25,000 people and will hire an additional 14,000 team members as part of Epic Universe, including professional, technical, culinary and other specialized positions.  The company currently contributes more than $302 million in annual state and local taxes – a number that will nearly double when the new theme park opens.

The majority of the businesses Universal relies on are either regional firms or national firms with a large regional presence.  An economic impact study for Universal conducted by UCF Economic Professor Sean Snaith found that Universal Orlando’s combined direct and indirect economic benefit to the Florida economy since Universal Studios opened in 1990 is $73 billion.  He also found that construction of the new park alone will contribute a total of $11.5 billion in direct and indirect economic benefit into the Florida economy.

More details about Universal’s Epic Universe will be revealed over time. For more information, visit www.universalorlando.com.

David Yeh
A long time fan of both Disney and Star Wars, he has a hard time resisting the temptations of Disney’s merchandising force. If you see pictures of the toys and pins, you can bet they are from Dave, our resident collecting guru.
Read more from David Yeh
Tags: Universal Studios, Universal Orlando
Loading Comments...