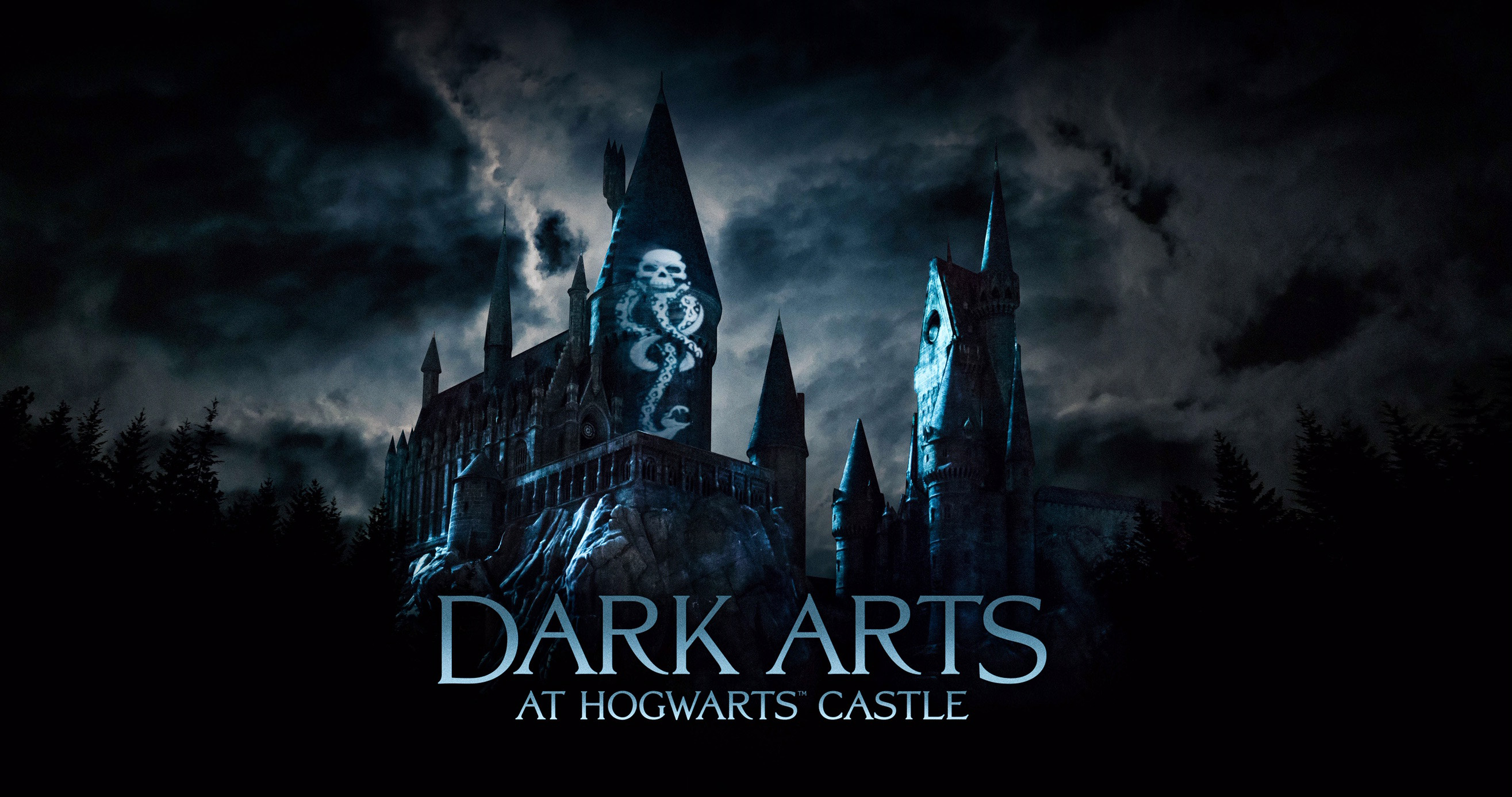 The Wizarding World of Harry Potter goes ‘dark’ as a new nighttime show will debut at Universal Studios Hollywood on April 13, 2019, with Universal Orlando to receive the show at a later date.

From Universal’s Press Release this morning:


Universal Studios Hollywoodand Universal Orlando Resort invite guests to experience an exciting new dimension of sorcery at “The Wizarding World of Harry PotterTM”with the introduction of the “Dark Arts at Hogwarts Castle,” a powerful, original and breathtaking projection experience.

The “Dark Arts at Hogwarts Castle” will illuminate Hogwarts castle and “The Wizarding World of Harry Potter” nightly from April 13 – 28 at Universal Studios Hollywood then return from May 25 – 27.

Universal Orlando Resort’s experience will debut later this year with dates to be announced at a later time.

This exciting all-new experience in “The Wizarding World of Harry Potter” will cast a mesmerizing display of light, music and special effects, unleashing the darkest creatures and villains, including the powerful Dark wizard Lord Voldemort.

Guests will be asked to summon their inner strength and bravery in the face of the all-consuming Dark Arts as some of the awe-inspiring moments and creatures inspired by the films come to life within the majestic light display.

As darkness falls on Hogwarts castle, Dementors™, Death Eaters and other unspeakable creatures from Aragog and Mountain Trollsto Thestralswill cloak the castle with sinister images from the darker side of magic—even conjuring the visage of Lord Voldemort™ himself, until the Patronus spell—one of the most famous, difficult and powerful defense of the Dark Arts charms in the wizarding world—is cast.

The “Dark Arts at Hogwarts Castle” will be accompanied by an exclusive musical arrangement that will emanate in a surround sound environment. It was conducted by prolific arranger William Ross and recorded by the London Symphony Orchestra in London, based on the original scores composed for the film series created by Academy Award®-winning composer John Williams.


So what do you think? Sounds like a fun departure from the previous shows!

David Yeh
A long time fan of both Disney and Star Wars, he has a hard time resisting the temptations of Disney’s merchandising force. If you see pictures of the toys and pins, you can bet they are from Dave, our resident collecting guru.
Read more from David Yeh
Tags: Harry Potter, Hogsmeade, wizarding world, Dark Arts