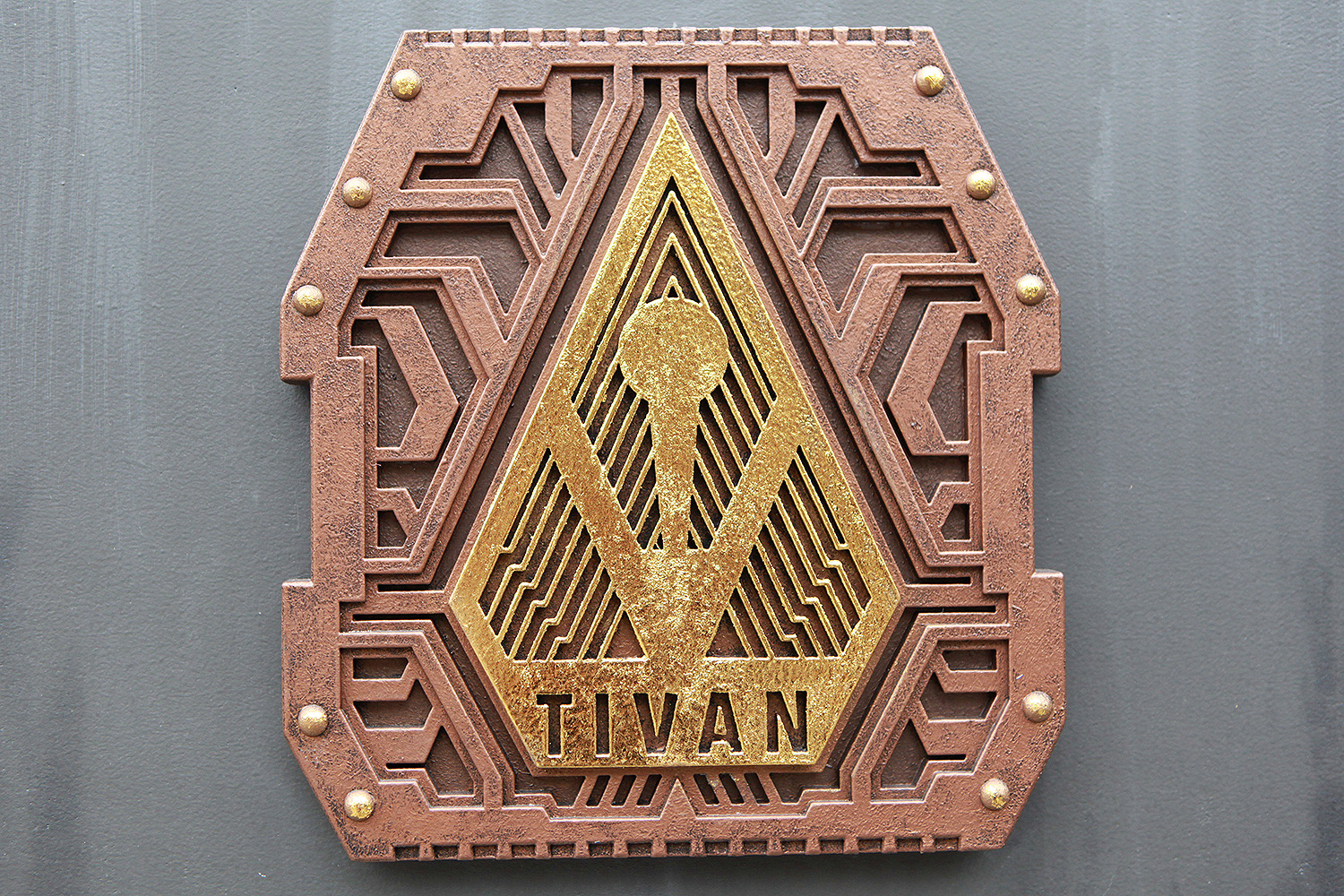 Taneleer Tivan first appeared in the Marvel Cinematic Universe at the end of Thor: The Dark World, obtaining one of the Infinity Stones from Sif and Volstagg. When we encounter him in Guardians of the Galaxy, we see a massive archive of creatures and displays just before it was destroyed by the power of the Orb, thanks to his unlucky assistant. In Guardians of the Galaxy – Mission: BREAKOUT!, the latest attraction in Disney’s growing Marvel Theme Park Universe, it appears as if Tivan has continued to display his collection and now, has captured the Guardians of the Galaxy as part of his display. He certainly had an eye on Groot in the first Guardians of the Galaxy film, but only assuring us after Groot died of course. The queue for the ride has quite a few artifacts worth taking a closer look at and some we may need extra help identifying.

Tivan has a small collection of plants, but also two garden gnomes.

Venturing into Tivan’s collection, there’s artifacts at eye level and many way above.

Not even Stan Lee can escape the clutches of “The Collector”.

Cocoon of Unknown Origin – The Collector does not wish to disturb the creature inside the cocoon; therefore he leaves it in place in hopes it will one day emerge and reveal itself for all to see.

Crystal of Conquest – This enigmatic gem grants an exceptional sorcerer the ability to teleport large or powerful beings across space instantly. First appeared in Doctor Strange comics in 1968.

89P13 Blaster – This blaster was taken from the Guardians of the Galaxy’s pet rodent, also known as 89P13.

Cosmo – A test animal in the Russian space program of the 1960’s (Terran date). Cosmo’s ship drifted off course through a wormhole that brought it to Knowhere. First appeared in Guardians of the Galaxy film.

Kree Artifacts – Although the Kree home world is the planet Hala, the Kree Empire extends to over 1,000 planets throughout the galaxy.

Brazier of Bom’Galiath – A powerful yet mysterious artifact of unknown origin. If wielded by a sorcerer with advanced knowledge, the Brazier allows its user to maintain a conduit of dimensional energy for as long as it remains lit. Seen in Doctor Strange, he soon realized he didn’t know how to use its power.

Ultron Sentry – Ultron was a sentient artificial intelligence who tasked his army of sentries with destroying all humans on Terra in an attempt to “protect” the planet.

Warlock’s Eye – This is a powerful weapon that allows those who control it to command an almost hypnotic form of mind control over their victims. Odin had this object in his trophy room.

Dark Elf Artifacts – Dark Elves hail from the obscure realm of Suartalfhelm. They are one of the oldest and most endangered species in the galaxy.

Mysterious Artifacts – These mysterious artifacts were found at the bottom of a Terran ocean. Very little is known of the civilization that created them.

This armor from Asgard was way in the corner of the Collector’s room.

Nova Corps Uniform – This is the uniform worn by the intergalactic police force, the Nova Corps. These law officers teamed with the Guardians of the Galaxy to save the universe from Ronan the Accuser.

Asgardian War Hammer – Originated in the dwarven forge on Midavellir, this finely crafted object is made of the powerful stone, Uru.

High above, knowledge gets a little murkier. We did spy poor Figment from Epcot, captured high above.

The rest we’ll need some help with. If you see anything, comment and let us know!

Next time we’ll venture into Tivan’s personal office and take a look at some of the things found in there!