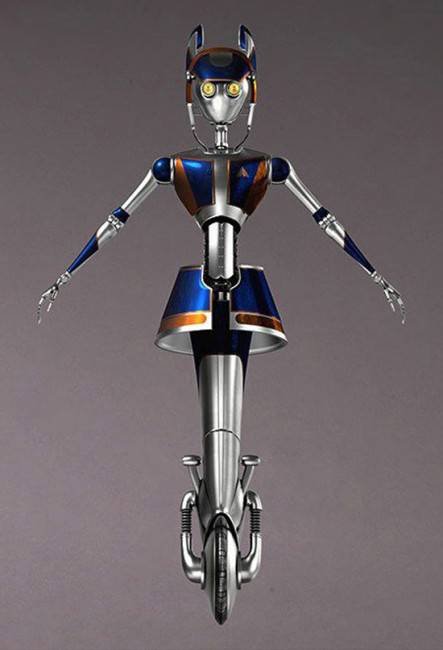 At a presentation hosted by Tom Fitzgerald, Executive VP & Senior Creative Executive, Walt Disney Imagineering at D23’s Destination D. Fitzgerald confirmed what we figured out a few weeks back. Aly San San is the Star Tours: The Adventures Continue spokesdroid. The droid was named by George Lucas because it is voiced by actress Allison Janney.

Fitzgerald also revealed the name and a photo of the new pilot of the Starspeeder 1000, “ACE” AC-38

Other Lucas/Disney notes revealed today at the Destination D event:

David Yeh
A long time fan of both Disney and Star Wars, he has a hard time resisting the temptations of Disney’s merchandising force. If you see pictures of the toys and pins, you can bet they are from Dave, our resident collecting guru.
Read more from David Yeh
Tags: Star Tours: The Adventures Continue, George Lucas, Tony Baxter, Tom Fitzgerald
Loading Comments...