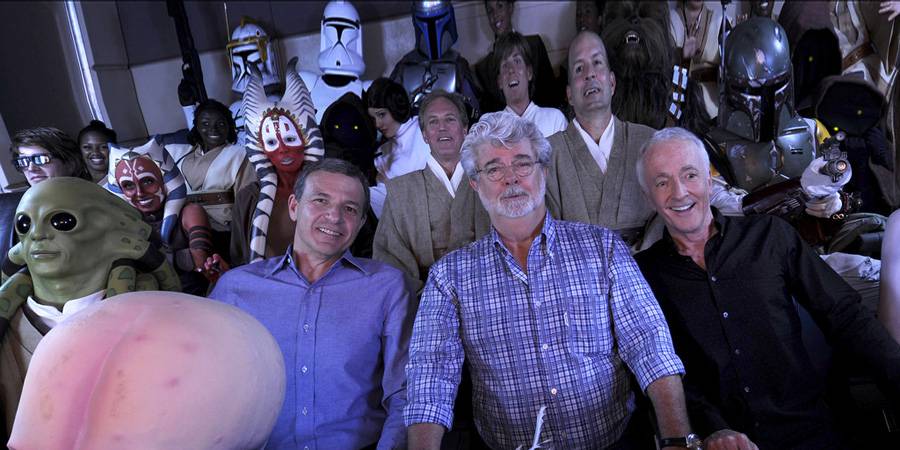 The official press release for Star Tours: The Adventures Continue for the Grand Opening at Disney’s Hollywood Studios (Walt Disney World Resort) Orlando, Florida. Also included with the press release are several photos of the opening ceremony provided by Disney and Lucasfilm.

A cast of hundreds of Star Wars characters and performers – including Anthony Daniels, who has played the golden droid C-3PO since the first film debuted in 1977 – converged on Disney’s Hollywood Studios for the launch of the attraction destined to send millions of guests on virtual journeys throughout the Star Wars galaxy.

And on June 3, 2011, “Star Tours – The Adventures Continue” will open at Disneyland Resort in California.

With eye-popping digital video leveraging Dolby 3-D to deliver a vivid and realistic visual experience, a dramatic musical score and motion simulator-based technology, guests are immersed in a Star Wars adventure like never before on a theme park attraction. Walt Disney Imagineering worked with Lucasfilm, Ltd. and Industrial Light & Magic – the groundbreaking visual effects division of Lucasfilm – to bring the out-of-this-world attraction to life.

Star Tours, which had thrilled Disney guests since the 1980s, was “powered down” in 2010 so Disney’s Imagineers could begin work on the new attraction.

In “Star Tours – The Adventures Continue,” there are more than 50 story combinations, so guests can find new adventures each time they experience the attraction.

Utilizing the random story combinations, the Starspeeder spacecraft embarks on a wild adventure, visiting several planets made famous in the Star Wars films. Among the locations that might provide haven from the Empire’s pursuit are the icy planet of Hoth, the lush jungles of Kashyyyk and the underwater Gungan world on Naboo.

And along the way guests may encounter Star Wars characters that offer to help (or hinder) their journey, including Yoda, Admiral Ackbar, Darth Vader and Boba Fett. “Skytroopers,” a legion of stormtroopers created just for the Star Tours attraction story, might even join in the chase.

In fact, guests will never know where the Force will take them. Flights are now departing during regular operating hours at Disney’s Hollywood Studios.

Brian Curran
A Star Wars Fan since 1977 when he was just 2. Brian grew up in California where his family would often make trips to Disneyland. In 1987 he took his first “Trip to Endor” and doesn’t pass on a chance to go back! He also enjoys going to Conventions and meeting the actors from the Star Wars films.
Read more from Brian Curran
Tags: George Lucas, Anthony Daniels, Star Tours: The Adventures Continue, Bob Iger
Loading Comments...
Comment
×