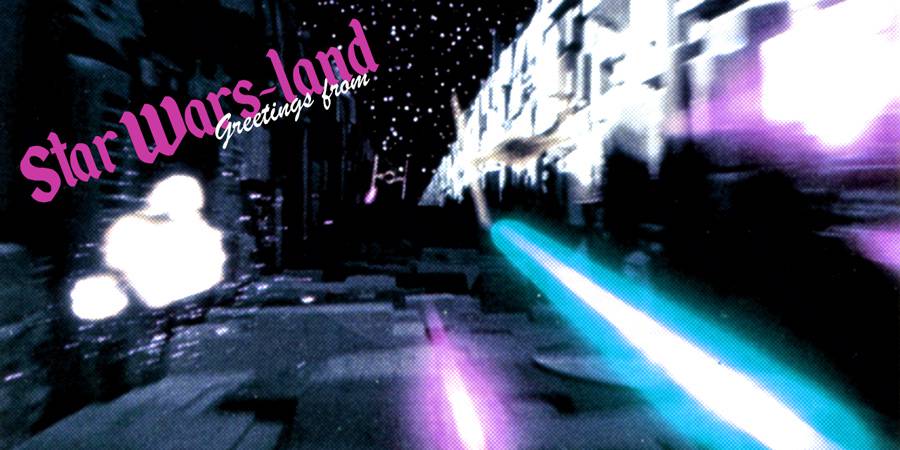 Will Star Wars take over Disneyland now that the Walt Disney Company has taken over Lucasfilm?

For many years there have been numerous rumors and reports saying that a Star Wars themed park would make its way across French borders into Disneyland Paris. Many of our staff has encountered these rumors through the years, some more tangible than the others, while others say to not expect anything new in Paris in the next few years.

One of the earlier rumors came out when this concept art for the Walt Disney Studios Park expansion was leaked in 2002. You can easily recognize the iconic shape of the Naboo based N1 Starfighter in the top right corner.

If you look at these two Tim Delaney concepts for Star Tours in Disneyland Paris, you can see a much bigger Star Wars influence.

There is another group thinking something else entirely. Instead of a new land, we might get a completely new park adjacent to Disneyland Paris and Walt Disney Studios. If this happened, it would mean the original Star Tours would exist outside of this new park. Rebuilding Star Tours in the new park seems rather unlikely as well since the basic infrastructure is still there in Discoveryland.

However, in the Walt Disney Studios Park the new Ratatouille expansion lifted the status of the park to a full-day experience. So if they were to recreate Star Tours in the other side of the park it would not only boost the quality of that park but also keep up with the movie-themed attractions in the Studio’s park (as in Walt Disney World). Another plus would be that the 3D glasses could be shared with the brand new Ratatouille and the rumours Toy Story Mania.

A themed sub-land is nothing new for even the original Disneyland as there were plans to expand beyond Main Street in 1959 to create Liberty Street. We’ve also seen New Orleans Square, Critter Country and Mickey’s Toon Town join the original line up as well.

But the plot thickens! Disney has released another crumb on the ever-winding path. In a survey, they have asked people:“How interested would you be in visiting a Star Wars themed land at the Disneyland Resort?”.

If you look at the current layout of the Star Tours corner in Discoveryland (Tomorrowland), you will see quite a bit of buildings.

The center rotunda is of course the other that other E-ticket attraction, Space Mountain 2. On the top center you will see the now-demolished Disneyland Pavilion, a special VIP area. (The coolest bit is that you have to pass through Star Tours for access to the area only the invited will see.) The combined buildings on the right are of course the George Lucas collaborations Star Tours and the recently closed Captain EO. If you follow the railroad you will find the Buzz Lightyear’s Pizza Planet Restaurant.

So, let’s take a look at the current situation.

When you exit Star Tours, and just follow the curve of Space Mountain away from the Café Hyperon, it’s easy to see you’re in a bit ‘forgotten’ area of the park. A huge queue area for Captain EO exists, but I’ve never seen it filled, except on the re-opening weekend. Buzz Lightyear’s Pizza Planet Restaurant is closed most of the time, making the entire area behind Space Mountain a rare ‘dead’ area in the park.

While talking to several sources they can confirm that rumors for a Star Wars Land have been floating around, but they too have to wait for the details until the official unveiling. A prime example of this can be seen in Ratatouille in the Studio’s. Also rumored for quite a long time, and a base for the attraction was already present on the location, until its reveal earlier this year.

When inquiring about the space to built such a place they could confirm that there is still enough of space in the backstage for an expansion.

So it seems that there already is room for at least a few new attractions, and with a bit of re-landscaping the area, a complete Star Wars area can be created around Space Mountain, starting with Star Tours.

A shop, the Star Traders, already is in place, and can it be again fully devoted to Star Wars and Star Tours.

Another interesting thing will be the Frenchification of Star Wars. In Disneyland Paris, most of the attractions are a mix of French and English. If we look at Star Tours:

Will this mean that Star Wars Land will be La Pays de La Guerre des étoiles? Only time will tell.