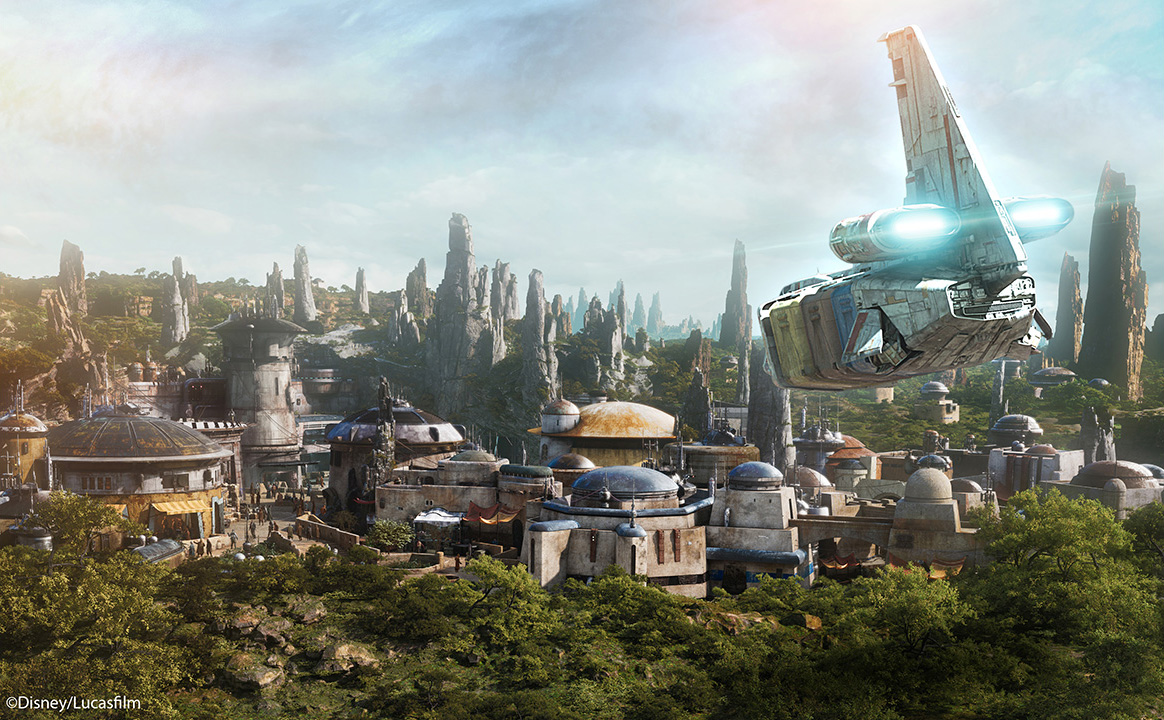 “I believe this adventure IS just beginning.”

The Disney Parks come through once again with their promise of multiple updates to Star Tours: The Adventures Continue and the latest relaunch is no exception. Since its debut in 2011, the popular Star Wars attraction has added Jakku from 2015’s The Force Awakens as well as unlocking a multitude of new Easter Eggs and discoveries that happen during your ride… or don’t (ramming Jar Jar Binks is still our favorite).

This year the ride not only adds an exciting new scene on Crait, a planet from The Last Jedi, but a new finale at a destination guests will not see in person until 2019: Batuu. If you don’t recognize the planet, that’s because it is the newest announcement for the land, Star Wars: Galaxy’s Edge, being built at both Disneyland and Disney’s Hollywood Studios.

But the fun isn’t just in the new destination! There’s all new surprises throughout the new journey that will require several visits to see them all.

We’ve only had two opening sequences before, but the latest update also brings those two opening sequences into the current time period of the First Order. Instead of Darth Vader ordering you to stop, Kylo Ren and a legion of First Order Stormtroopers make their attempt at capturing the spy amongst us. All of the Star Destroyers have been altered to reflect the newest designs of the First Order Dreadnought Star Destroyers. The Imperial March also got updated to more accurate music. Menacing!

In the Millennium Falcon opening, all are essentially the same but with more BB Units rolling around and BB-8 boarding the Falcon before it escapes the First Order Stormtroopers.

Holograms in this update rotate between BB-8, Maz Kanata (with JET PACK?!), and Poe Dameron, which makes for an interesting choice, especially since we see him almost immediately on Crait. If we had to choose a favorite, Maz is our pick.

Destination Crait is a fantastic addition to Star Tours. Almost reminiscent of the comet scene in the original Star Tours, blasting through the caverns wins on a new but nostalgic level before encountering the new Ski Speeders piloted by Poe Dameron and facing off against the new AT-M6. Perhaps the Resistance should use more Starspeeders than X-Wings? Our guns are pretty powerful!

Finally, we come to the end with the planet from Galaxy’s Edge: Batuu. It’s a fun and unique way to end the trip that was completely unexpected. On the flip side, it does feel very much like a commercial for the new land, but honestly, we’re on board with the closer look.

Interesting is that for the very first time, Disneyland Paris cast members will have the option of giving riders the original English dialogue, instead of a completely dubbed French version. This is only the second time this has happened in the French park, with the original Star Tours ride a mix between French and English. It was Tower of Terror that first offered the option. Guests who want to experience Star Tours in English should ask the cast member assigning you to your rows, but it will always be at their discretion.

At Disneyland Paris, guests can experience this specific version of the ride until Season of the Force debuts again this January, afterwards everything will be completely randomized again. Disney hasn’t communicated a date yet for randomization for Disneyland and Disney’s Hollywood Studios.

Star Tours: The Adventures Continue and its many new scenes and updates is now open at Disney’s Hollywood Studios and Disneyland, soft open at Disneyland Paris, and coming December 15 to Tokyo Disneyland.

What do you think of the new scenes? Let us know, and we’ll see you on Batuu.

And The Newest Star Tours Destination With Crait Is… 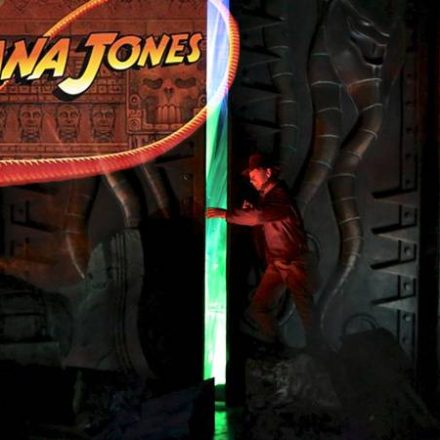 August 14, 2013 David Yeh
Disney Legend and Imagineer Tony Baxter leaked it to EndorExpress over the weekend that a new effect was coming soon to our beloved Indiana Jones... 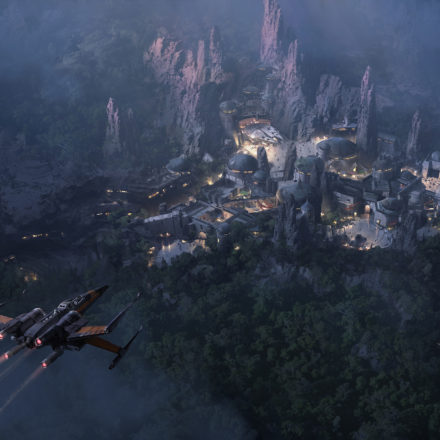