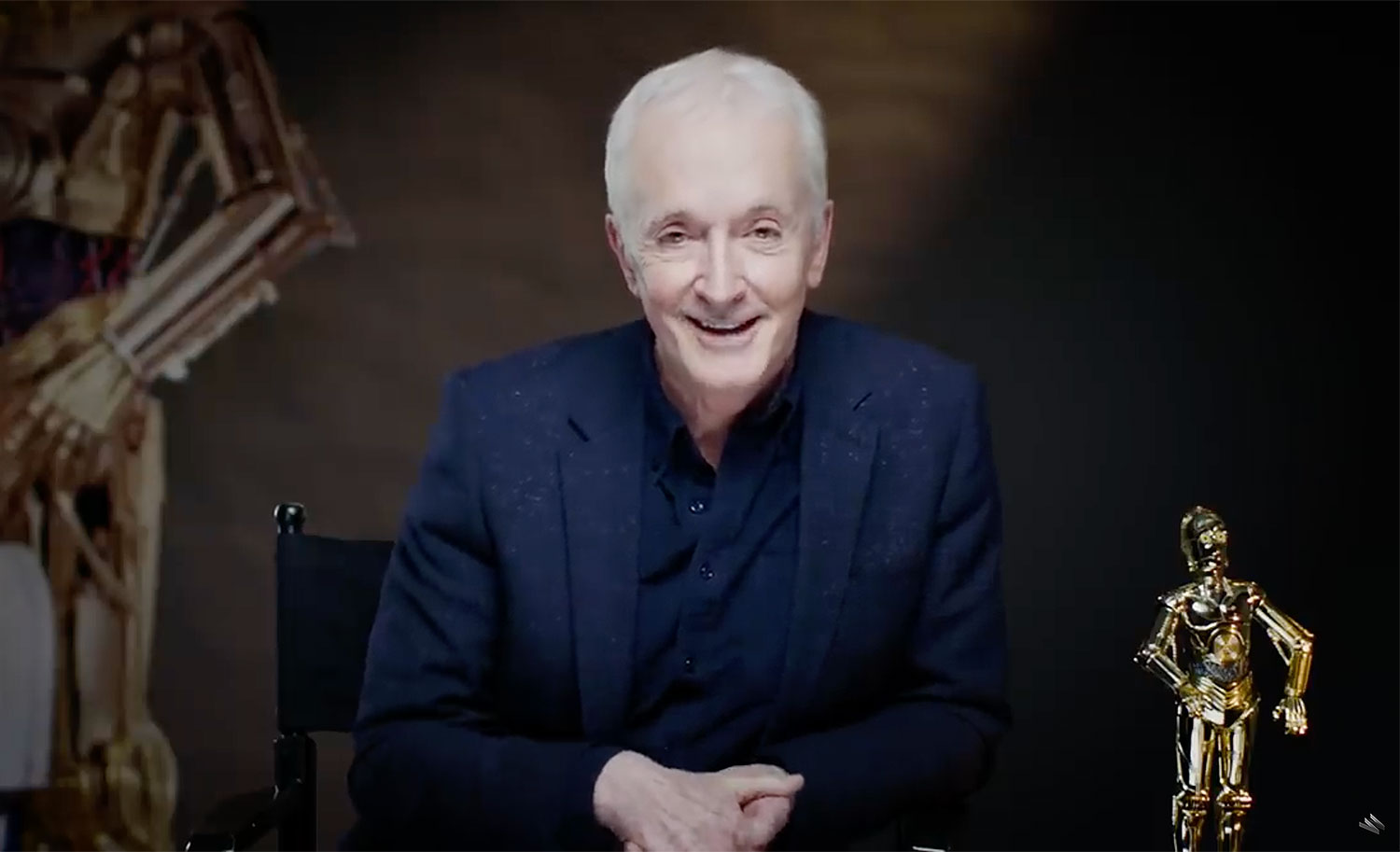 Earlier this month, WIRED posted a video of legend Anthony Daniels explaining every costume in Star Wars from Episode 1 through 9, but the surprise and highlight of the video was a segment on everyone’s favorite attraction, Star Tours. If you’d like to see the entire video, we’ll post it down below, but here for your convenience is his commentary on the ride that started it all:

Anthony Daniels: “Of course, not all Star Wars is in the movies, right? Some of the most amazing spin-offs have been a great joy to me and the chief one, Star Tours. Now, if you haven’t ever ridden Star Tours at one of the Disney Parks, I suggest you stop watching this video and go right now because it is a superb rendition of the story, in a way that involves you.”

“3PO is there to welcome you in the space port at Disney. He’s there with R2… R2’s mending, repairing the ship and of course getting it totally wrong and then it blows up and it’s all very exciting. But to do this, they needed an animatronic C-3PO, so Tom Fitzgerald, the producer, the head of the design team of Imagineers at Disney, got me into his studio and said, well, he told me the whole story and I was sold from the moment I heard it. And then he said, “and our idea is for you to come in this little mock-up set and stand just in your jeans and a shirt and play the scene C-3PO.” It was kind of funny, we had a camera and I had a sandbag over one foot and when I asked why, he said, “Well, that’s where all the engineering for the animatronics comes up into the frame that is C-3PO and animates his actions so we need to, if you wouldn’t mind to keep still on that leg”. And we filmed the scene, they recorded my voice and my actions so um, “R2, um test the ion cannons”, and here, I had a console and I was poking buttons and R2 was helping things blow up and they were using this as a guide.”

He (Tom Fitzgerald) also asked me to look at the audience who were coming in, the passengers who were coming down the space port, around, around, around and they would be at this point, about I don’t know, six feet, eight feet below me looking up as they went by. I turn from the console and look to people and then carried on what I was doing. And of course, the inevitable happened. When I stood there alone in the space port before we opened, whilst rehearsing stuff, I stood looking up at 3PO, thinking just how brilliant Disney had been in making a real robot out of a fake robot. And at that point, as I was kind of admiring, he turned and looked straight at me. I’m getting goosebumps right now.

Anthony didn’t go into details about the more recent Star Tours: The Adventures Continue, but it’s great to get this much.

Watch the full video below: