February 24, 2004 Kris Van de Sande
Due to its new sponsor, Euro Disney S.C.A. has decided to change the complete Star Tours post show. The Star Course has been demolished but ROX-N... 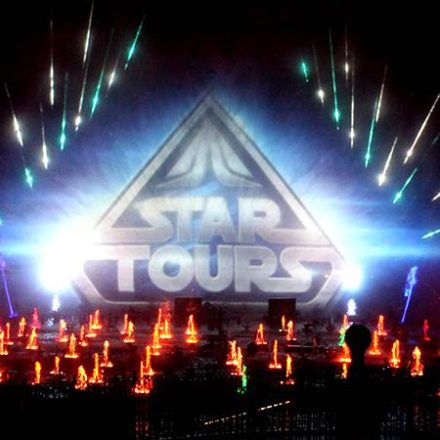 The Force Awakens in new World of Color – Celebrate

May 21, 2015 David Yeh
The force has awakened! No, it isn’t quite December yet and there’s no Star Wars Weekends in Anaheim, but there IS something to...