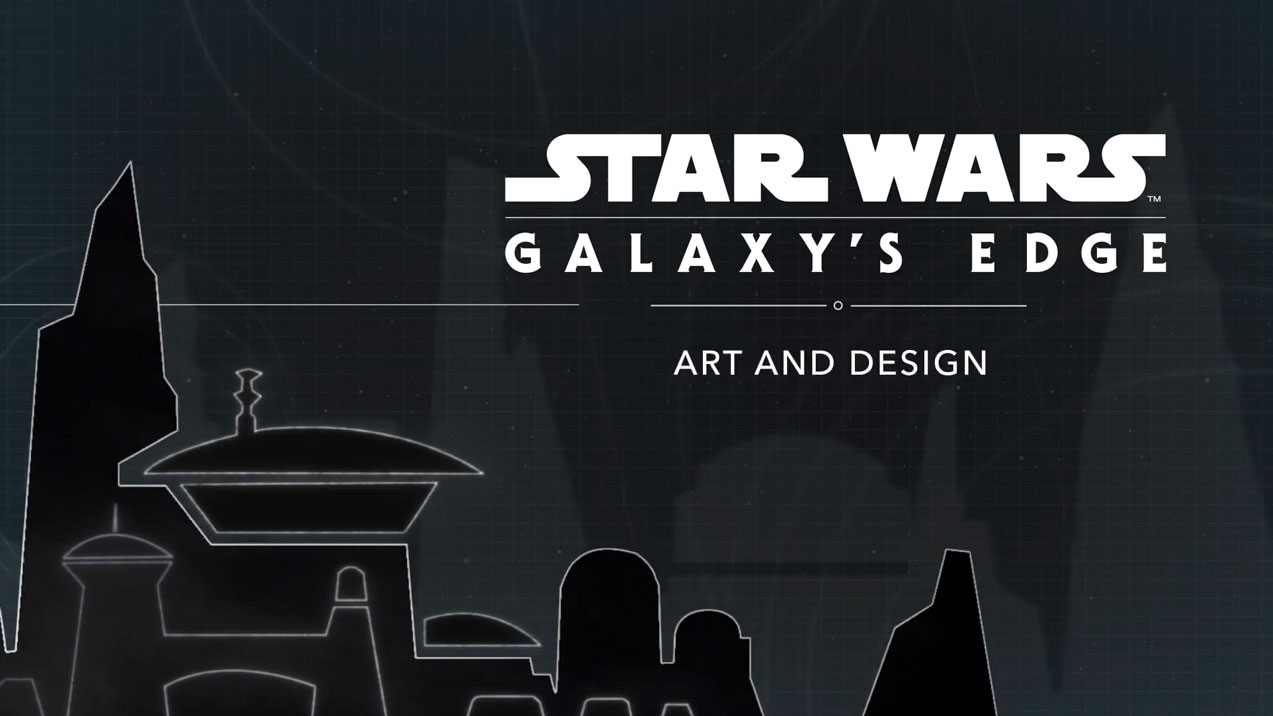 In the latest episode of The Star Wars Show (August 14, 2019), the creative team at Lucasfilm and Walt Disney Imagineering discussed the art and design of Black Spire Outpost. Watch the show below, but we’ve transcribed it for you if you wanted a quick read:

“One of our truths that we have built this whole project on is the idea of authenticity. When you walk into Star Wars: Galaxy’s Edge, you need to feel like you have walked into Black Spire Outpost that has been there for a thousand years. It has to feel that weight of history. It has to feel that weight of layers of story.”
–Scott Trowbridge
Portfolio Creative Executive, Walt Disney Imagineering

“We wanted to kind of understand all of the locations, from Coruscant, to Geonosis, to Tatooine. But it wanted to be unique. So in order to establish that framework, we went back to the origins of Star Wars. That ended up being Ralph McQuarrie, Joe Johnston, and look at their aesthetic.”
–Greg Ashton
Executive Architect, Walt Disney Imagineering

“We went on vacation. We went to Marrakesh. We went to Istanbul to find, you know, well, what is it about these locations that make it feel real? What is it that really informs the viewer that there’s layers and layers of history? And it’s really important because it sort of grounds the design in a layer of reality that you would not have otherwise.”
–Doug Chiang
Vice President & Executive Creative Director, Lucasfilm

“We looked a lot to ancient civilizations in terms of how things were built with primitive materials, with stone, and mud, and brick. And we won’t necessarily replicate those things. But it just gives us a good sense of inspiration of the logistics of building. One of the biggest challenges we have is because it’s such a large site, and there’s so many different intricate details, is making sure all those details work together.”
–Kirstin Makela
Art Director, Walt Disney Imagineering

“We’ve tried to push the materials really to the limit. We’re using different techniques just to really make sure that the surface, the texture, and the color looks aged. And the way to achieve that, we just layer things on top of each other. We really do a thorough job to make sure that what we deliver to the guests are as believable and as correct as possible.”
–Zsolt Hormay
Creative Executive, Themed Finishes and Rockwork, Walt Disney Imagineering

“We can’t think of music as an independent element like they do in a feature film. We are creating a three dimensional soundscape that people will walk through. And we did that with smaller ensembles and a variety of different artists and a variety of different compositional styles that felt true and native to the place. It had to feel organic to the design and the look of the world.”
–John Dennis
Executive Creative Director, Music, Walt Disney Imagineering

“The compositional possibilities are endless. There’s so much more that you can experience on a sculptural level, where you’re literally visiting a new place. And so that kind of intensity envelops you after a while, where literally you’ll get into a zone where you’re just exploring and exploring.”
–Erik Tiemens
Concept Design Supervisor, Lucasfilm