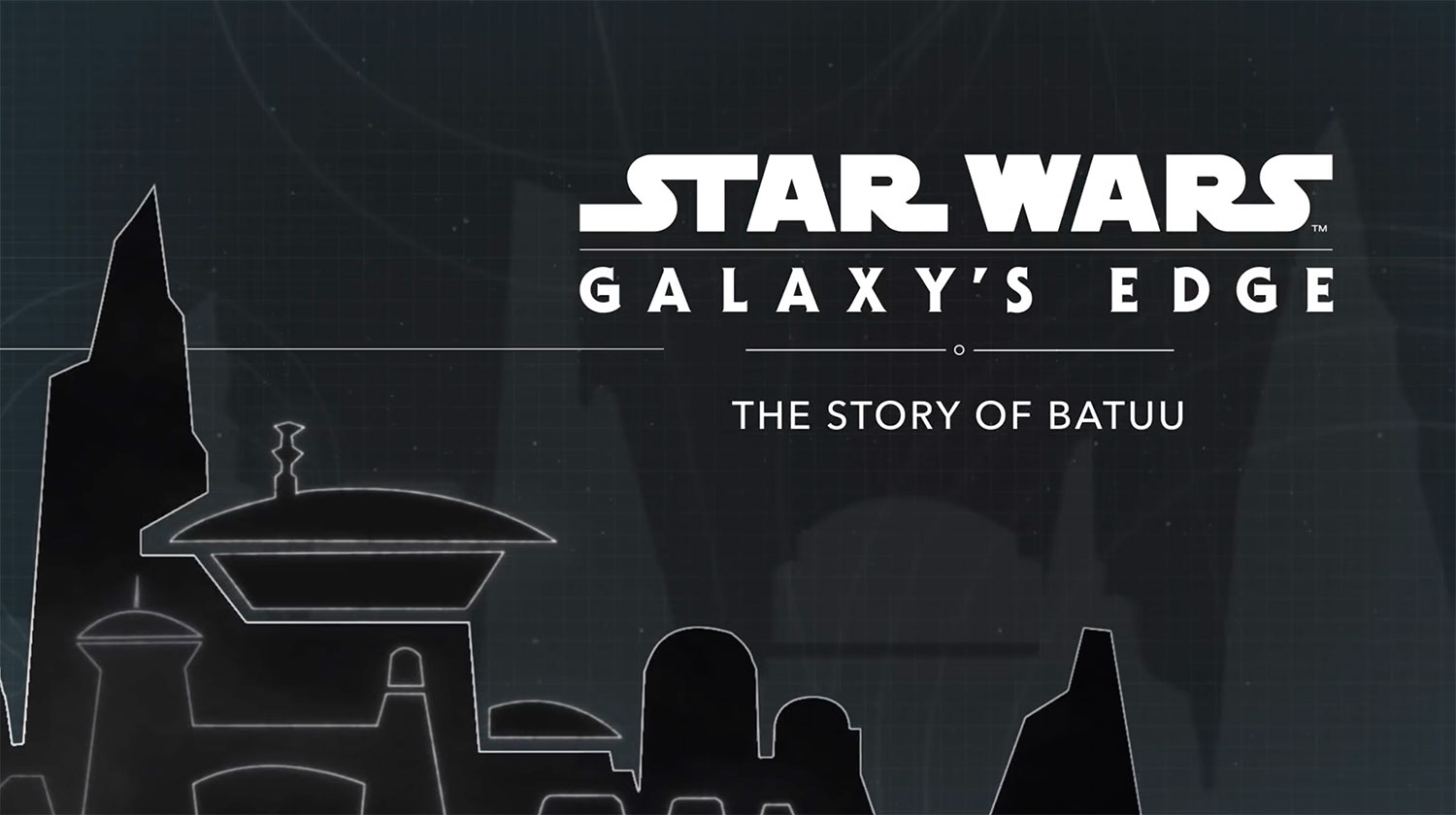 In the latest episode of The Star Wars Show, Walt Disney Imagineers and Lucasfilm Executives sat down and provided their backstory on the Story of Batuu.

Watch the video at the bottom of the page, but if you don’t have time to watch, we transcribed it for you below.

“One thing about storytelling in “Star Wars” is we have one universe of story. One of the great opportunities we have is we work very, very closely with all the other creators who are working on all the other forms of “Star Wars” storytelling. We kind of make sure that everything we’re doing all weaves together and makes sense.”
–Scott Trowbridge, Portfolio Creative Executive, Walt Disney Imagineering

“The breakthrough moment in developing Star Wars: Galaxy’s Edge was thinking about the park as a setting where stories occur, and that story focus is what made it clear that it not only had to be a new world, but it had to be a world where interesting things happen.”
–Pablo Hidalgo, Senior Creative Executive, Franchise Story & Content, Lucasfilm

“The story of Batuu is that it’s kind of a off-the-beaten-path planet that, in the early days of hyperspace travel, ships would go to stock up and resupply before they ventured out into wild space. And now Batuu’s kind of fallen a little bit form its glory days. Now it’s the place where people go when they want to get lost, when they want to be off the radar.”
–Matt Martin, Creative Executive, Franchise Story & Content, Lucasfilm

“We work with the designers, the architects, the ride engineers, landscape designers, food and beverage, merchandise to come together and tell a cohesive story that truly holds the DNA of “Star Wars”.
–Margaret Kerrison, Managing Story Editor, Walt Disney Imagineering

“We thought it very important to carve out a space that had to exist on its own track because it had all sorts of considerations that need to be thought of separate from all the considerations that go into making a movie or making a TV show. But once it gelled and we came to understand what it was, we were able to communicate our discoveries to other storytellers.”
–Pablo Hidalgo, Senior Creative Executive, Franchise Story & Content, Lucasfilm

“The story, it weaves into all of our current storytelling. It was mentioned in “Solo: A Star Wars Story” twice. It’s shown up in “Thrawn Alliances.” Now we’re doing an entire publishing program around it, which includes various books, comics, all kinds of exciting things. So we really are treating it as a part of true “Star Wars” storytelling.”
–Matt Martin, Creative Executive, Franchise Story & Content, Lucasfilm

“You want to have different ways to experience this galaxy and this saga, this epic storytelling. And how do we challenge ourselves to continually be surprising to our “Star Wars” fans as well as our Disney guests?”
–Margaret Kerrison, Managing Story Editor, Walt Disney Imagineering