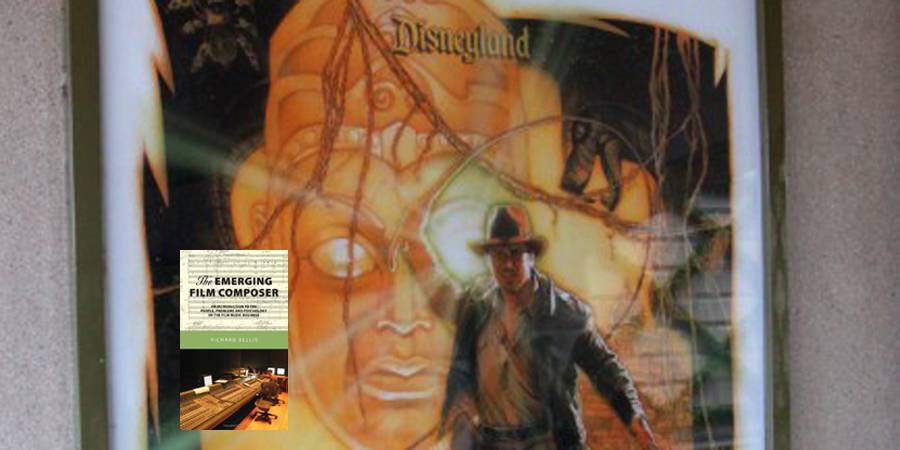 The Music of Indiana Jones Adventure

When riding the Indiana Jones Adventure at Disneyland, an attraction that has a scope and style rarely matched, it’s easy to take for granted the music that you hear — because the ride is a visual feast for the eyes and a physical force all on its own. It isn’t until you exit the ride and calm down before you think about the music that you just heard. “Was that cue from Raiders? And was that the chase cue from Temple of Doom?”

Those were some of the questions I asked myself in 1995 when I first experienced the attraction, but I also wondered if the music was pulled from the various Indy soundtracks and edited into the ride or did someone painstakingly re-score it?

We decided to go straight to the source and we found the man who had all the answers: Richard Bellis, the Emmy award winning composer for Stephen King’s “IT” also gave us the memorable announcement chimes in STAR TOURS, was the man behind the music for INDIANA JONES ADVENTURE. Bellis was gracious enough to grant us permission to run an excerpt from his terrific book ” THE EMERGING FILM COMPOSER: AN INTRODUCTION TO THE PEOPLE, PROBLEMS, AND PSYCHOLOGY OF THE FILM MUSIC BUSINESS” which includes a chapter on the Indy attraction. It’s a fascinating look at the hard work that makes the ride as great as it is and a very fun read. Enjoy!

DISNEYLAND’S INDIANA JONES ADVENTURE: It’s 4:00 a.m., I just got off work and I’m driving home. I’m bruised, nauseous and generally beaten up. Have I taken a second job as a nightclub bouncer to supplement my earnings as a composer? No, I have just come from the most violent spotting session of my life.

It was midnight when we arrived at “The Happiest Place On Earth.” Ed Kalnins, Adam Fields and me – Team Bellis – The “A” Team (for “A”nal retentive). Here we were to attack the inevitable slew of problems that crop up in the course of embracing the bleeding edge of technology. We are honorary Imagineers, consultants to Walt Disney Imagineering, the organization that creates all the rides and attractions for Disneyland, Walt Disney World, Disneyland Resort Paris and Tokyo Disneyland.

The Indiana Jones ride was nearing completion. I was brought on board four months prior and since then had been involved in creative meetings, researching cues from John Williams’ original scores, producing demos, riding prototypes and visiting the actual site for walks-through. The ride was the newest venture into simulator technology. It is essentially a motion base (a la Star Tours) mounted on what can only be described as a slot car track. The motion base is disguised as a desert terrain vehicle with three rows of seats, each row holding four passengers (or victims). One of the exciting musical features of this ride is that each row is equipped with five speakers used solely for music playback. This means that each rider has his/her own stereo pair. Because of the layout of the five speakers is left channel, right channel, left, right, left, some people will have a reversed stereo image but hey, when you’re being tossed around who cares what side the violins are on? Another first for this kind of high-tech roller coaster ride is that the music is scored, like a film, to recognize every important bounce, bump, and bang. In order to facilitate this, we had to “spot” the ride.

The first attempt at spotting was to make a videotape using a camera lashed to the vehicle and SMPTE code burned in. While this was of some help in putting together rough timings, it lacked two important features. First, you could not really get a sense of the vehicle bucking and pitching around. You could see it but not feel it. Second, these rides continue to be tweaked up until, and beyond, the date they are opened to the public. The videotape, consequently, became outdated within days of its creation. So, we selected a spotting deadline, backed in from the recording session. We would actually go on the ride with stopwatches akimbo and time the individual cues that would make up the continuous score.

We had broken the ride into about 10 cues. All cues had long tails in order to accommodate changing the moment that the next incoming cue would start. This would allow us a minimum amount of slip and slide (a few frames at most) with which to accommodate future tweaking. There were to be two versions of the ride, which meant that about four cues had to be timed twice, once in the “A” scenario and once in the “B”. This then meant that we had 14 cues to time. Being the “anals” that we are, we knew we should time each one at least twice. Then came the proverbial fly in the ointment.

We were informed that the vehicles were incapable of reversing direction and that we would have to complete the full ride each time. Okay, so we had 28 timings (14 cues timed twice) and two stopwatches, two pencils and two legal pads. It stands to reason that if Ed and Adam time alternate cues while I sit between them and conduct starts and stops we should be done in four trips or so. Four rides at just over three minutes per ride, dare I utter the words that fill composers’ hearts with overwhelming fear? Sure. “How long could it take?”

“Go,” I confidently say as we start into the darkness. Darkness?! Okay, next time around we bring flashlights. We ascend the first ramp moving closer to Mara, the huge godhead with smoke emanating from her eyes. Adam is taking notes and squinting at his stopwatch.Ed is waiting for the turn to the left as we pass Mara. Here it comes…Lurch!! The legal pad jumps a foot off his lap but he manages to catch it. That’s the good news. The bad news is that he didn’t start his watch. All right, forget that one, we’ll get the skeletons in the catacombs next. “Get ready…go!” Adam, who manages to start his watch, is frantically holding on to the stopwatch with one hand and the legal pad with the other, unable to write as we blaze through the catacombs. “Remember these times!” he shouts, “18 seconds, 22 seconds, 25 and a half.” We jolt to a slowdown. Whew! Uncontrollable laughter, during which we miss the next timing. “All right, let’s get the next one, here it comes…” the vehicle suddenly stops dead. This is not supposed to happen. Oh well, we’ll chalk this first trip up to experience. Let’s just get back to the start and try again. Fifteen minutes later we’re still sitting in the middle of a suspension bridge while engineers are inspecting the track. They’d obviously done this before. They had flashlights.

By the 22nd time around, we were getting good. Good and bruised. The only thing that went wrong on our last trip was that my cell phone came loose from my belt and bounced several times on the floor, causing me to miss a downbeat. Had we known that night how much digital editing was in our future, we would have gone home after the eighth or ninth trip chanting: “We’ll fix it in the editing.”

What followed, of course, made the agony of the spotting session worth it. An 86-piece orchestra for an afternoon at Todd AO, playing what seemed like a medley of John Williams’ chase cues. I think that at the end of the four-hour session, the string players felt much like we did after the spotting session.

The final step after mixing was to sample the cues, lash a keyboard (from which to trigger the samples) onto the vehicle and attempt to play each sample (cue) at the appropriate start mark as again, we encouraged the onset of chronic whiplash.

While working for Walt Disney Imagineering is always mentally and technically challenging, it is the physical demands put on me as composer that make me a regular at the gym. The rigors of writing music for the Tower of Terror, Alien Encounter, Star Tours and Indiana Jones Adventure makes one remember with tranquil affection The Hall of Presidents. 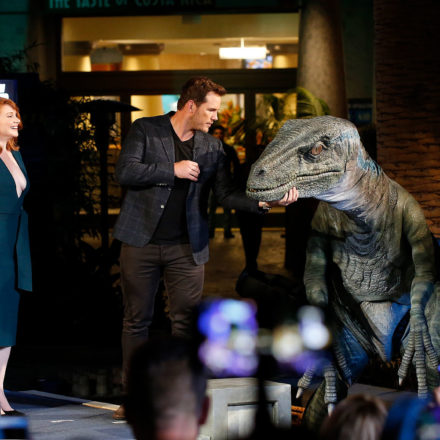 July 24, 2019 David Yeh
It didn’t quite feel like summer without the iconic ‘Jurassic Park – The Ride’, but visitors to the world’s only... 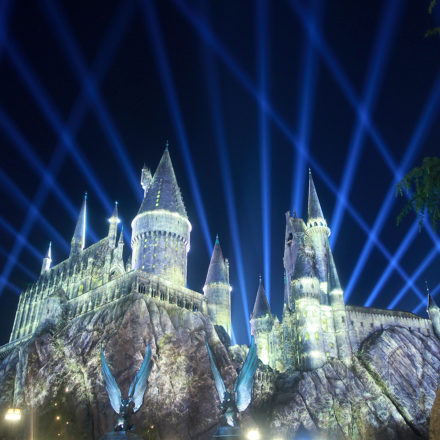 June 23, 2017 David Yeh
The already wondrous realm of The Wizarding World of Harry Potter gets an added boost of magic this summer with Nighttime Lights at Hogwarts, a...