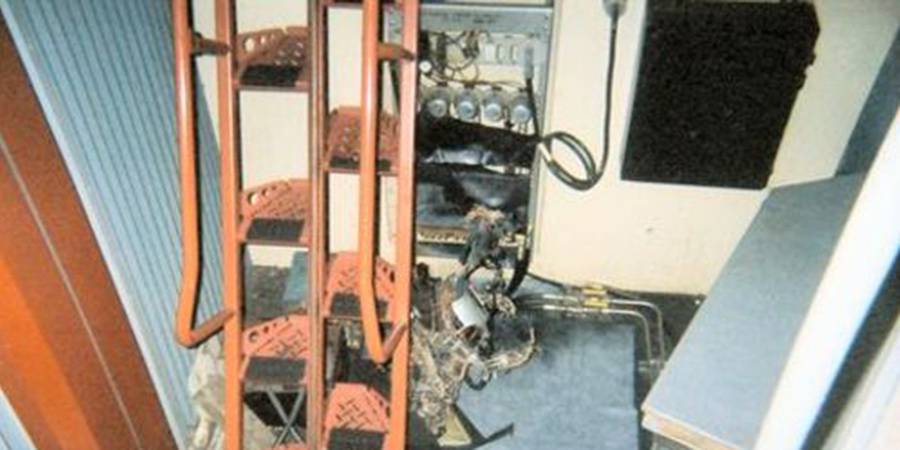 3T-RNE is a small droid who can be found at the base of G2-9T’s platform, behind the R3’s and almost hidden by spare parts and the passenger ramp. He is slumped over, apparently broken, possibly awaiting a future repair… or more likely, to be stripped for spare parts.