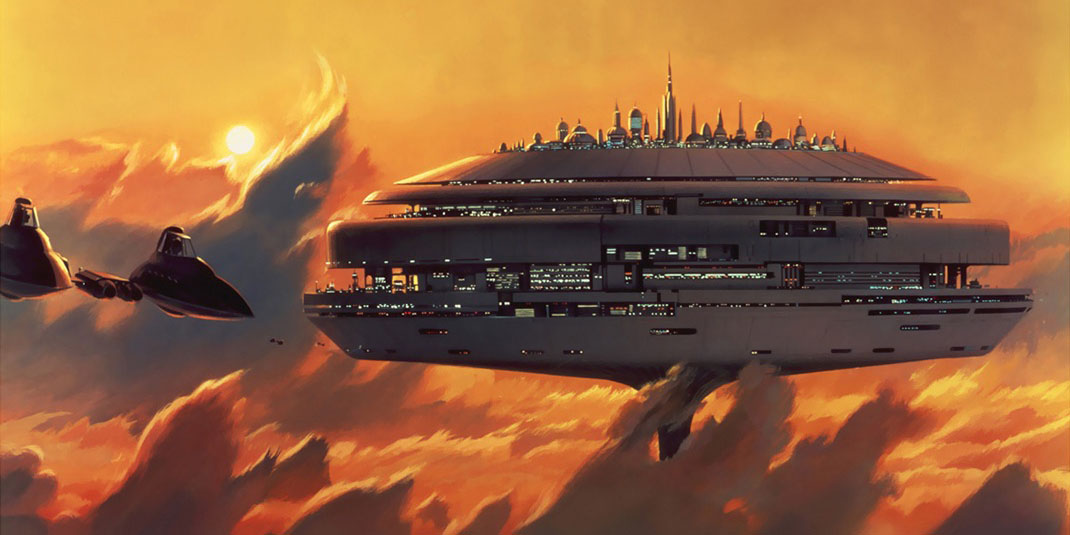 Bespin is a gas giant with a solid core of metal, followed by layers of metallic gases. Most of the gases are poisonous, and the pressure and temperature are far above what Humans could tolerate. But from approximately 150 to 180 kilometers down from space, there is a habitable layer known as the Bespin Life Zone. This layer has an oxygen atmosphere, and temperature and pressure suitable for life. Here live flying and floating species like the Beldon and the Velker.

Bespin was first colonized in 1989 BBY. The planet is a major source of Tibanna gas, which is refined for production and transport in facilities like Cloud City. Those facilities are the homes to many species, mostly Humans, Ugnaughts and Lutrillians.

When visiting Bespin, the place to be is Cloud City, a covert mining colony consisting of 392 levels. Most important are levels 1-50, here you can find the luxury hotels and casinos which made the city famous throughout the Outer Rim. Be sure to play Cloud City Casino Sabacc, a local variation on the Bespin Standard. Visit the famous Bespin Grand Hotel, and enjoy one of their refreshments.

Do not forget to pay a visit to the famed Bespin Life Zone and watch the Beldons, enormous gas filled creatures that excrete Tibanna gas. Or see if you can find the starfighter-sized Velkers roaming the skies in search of prey.

Be sure to book your tour today, because you truly belong among the clouds! 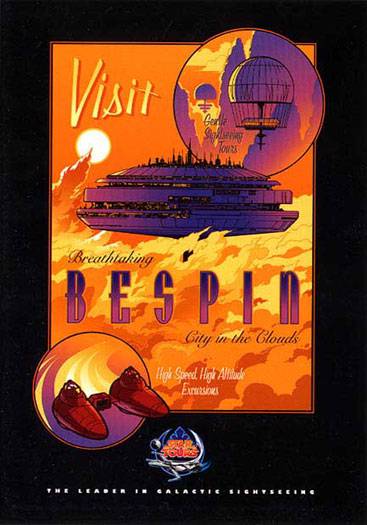