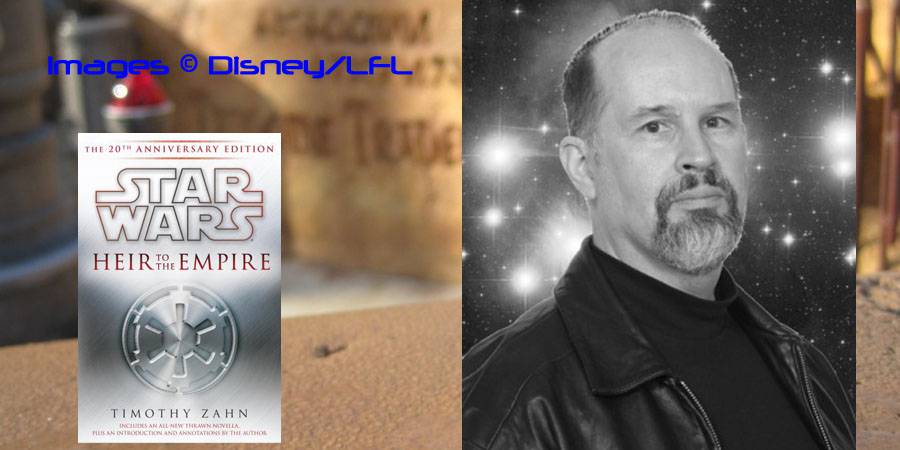 From The Art of Disney Parks:

“Join Disney’s Hollywood Studios as we welcome famed Star Wars Author, Timothy Zahn for his debut appearance at the Walt Disney World® Resort! On Friday, October 14, Timothy Zahn will be signing his latest Star Wars novel, Choices of One at The Writer’s Stop at Disney’s Hollywood Studios from 1:00pm – 3:00pm.  In addition to signing copies of the Choice of One, Timothy will also be available to sign the 20th Anniversary edition of  the #1 New York Times Best Selling Novel, Heir to the Empire. Copies of Choices of One and Heir to the Empire will be available for purchase at The Writer’s Stop.”

Brian Curran
A Star Wars Fan since 1977 when he was just 2. Brian grew up in California where his family would often make trips to Disneyland. In 1987 he took his first “Trip to Endor” and doesn’t pass on a chance to go back! He also enjoys going to Conventions and meeting the actors from the Star Wars films.
Read more from Brian Curran
Tags: Timothy Zahn, Choices of One, Heir to the Empire, Star Wars Films, Walt Disney World, Disney's Hollywood Studios
Loading Comments...