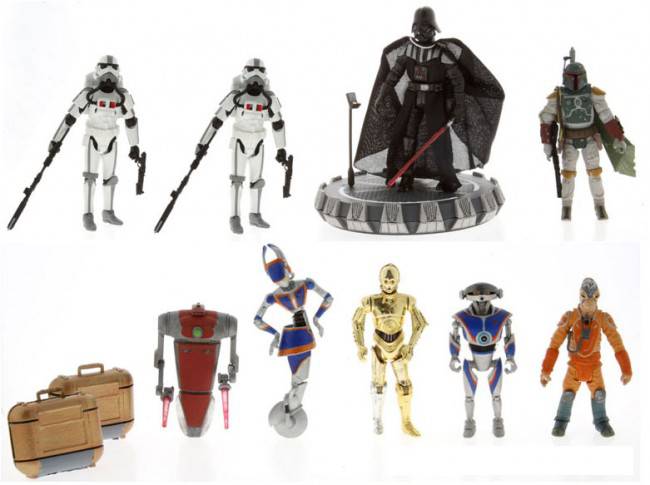 Toy Fair is this weekend in New York. It looks like Hasbro just announced two Star Tours: The Adventures Continue action figure sets are on the way!

StarWars.com has updated with images from the Hasbro presentation.

Special Thanks to Gary X for finding this photo on Yakface.com’s Facebook newsfeed.

Will update as more info and images arrive.

Brian Curran
A Star Wars Fan since 1977 when he was just 2. Brian grew up in California where his family would often make trips to Disneyland. In 1987 he took his first “Trip to Endor” and doesn’t pass on a chance to go back! He also enjoys going to Conventions and meeting the actors from the Star Wars films.
Read more from Brian Curran
Tags: Aly San San, Star Tours: The Adventures Continue, AC-38, Darth Vader, skytroopers, Hasbro, C-3PO, Boba Fett
Loading Comments...