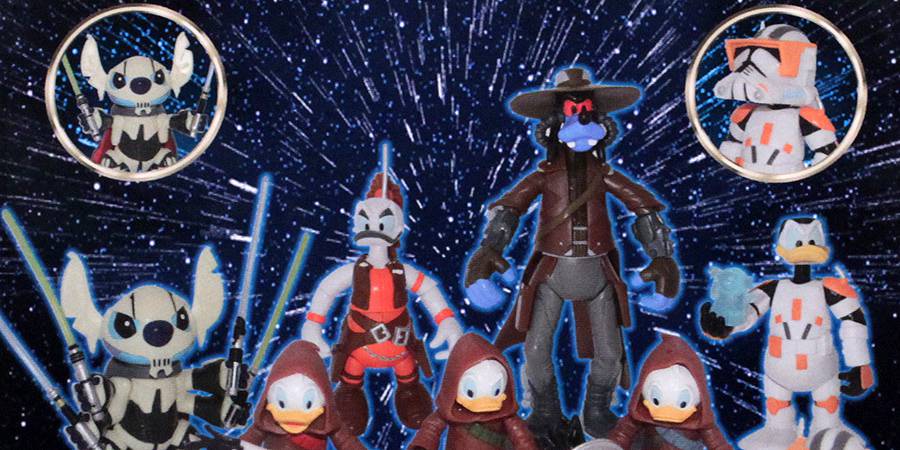 Now in stock at your local Disney Theme Park is the latest wave in the Disney/Star Wars mash-ups, Series 5!
In this exciting assortment, our favorite Fab 5 characters don the costumes of the more iconic of Star Wars characters.  This wave is more prequel-centric with a dash of The Clone Wars for good measure.

All figures and even a few older assortments can be bought for just $9.95 at Disneyland, World of Disney at Downtown Disney, and Disney’s Hollywood Studios and Downtown Disney.  Happy Hunting!