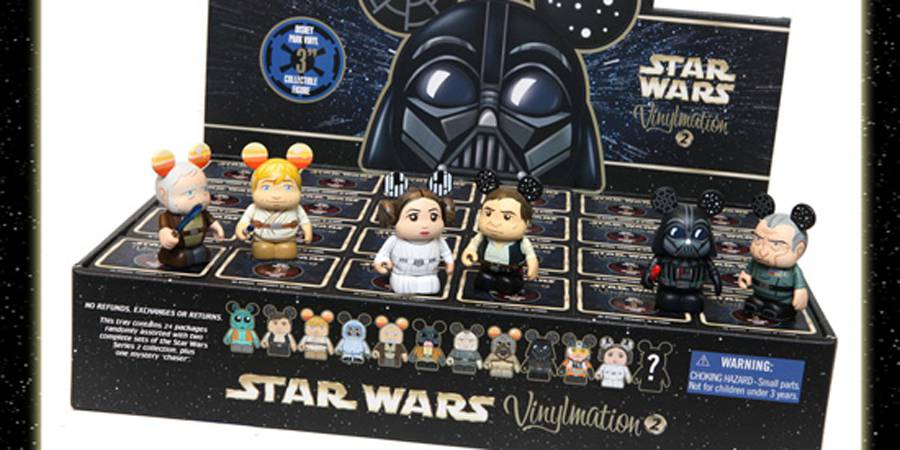 Disney Parks Blog updated with a preview of the next wave of the popular Star Wars Vinylmation figures.

“Series Two is a limited-release, mystery series, which means there are 11 known figures and one “mystery chaser” figure. Each figure is packaged in a box, so you won’t know which one you will get until you open it.“

Brian Curran
A Star Wars Fan since 1977 when he was just 2. Brian grew up in California where his family would often make trips to Disneyland. In 1987 he took his first “Trip to Endor” and doesn’t pass on a chance to go back! He also enjoys going to Conventions and meeting the actors from the Star Wars films.
Read more from Brian Curran
Tags: Casey Jones, D Street, Star Wars Films, Vinylmation, Downtown Disney