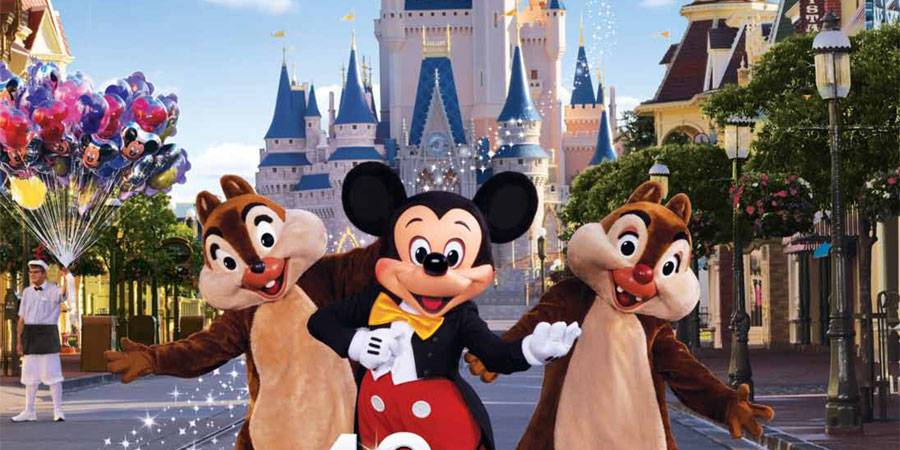 The Story of How Walt’s Dream Destination Became a Reality

A Rare Glimpse into the Magic Kingdom’s Underground Labyrinth

A Peek Back at Early Attractions

Plus an Exhilarating Hint of the Park’s Future

Readers are offered a look at how the resort was created, including revealing details behind the mysterious operation to acquire the vast expanse of Florida land needed to build Walt’s “vacation kingdom of the world.” With its nostalgic look back at attractions that have vanished but remain in the hearts of multiple generations, this commemorative issue also takes readers on an exclusive visit to the Magic Kingdom ’s underground “city.” Readers are privy to a host of little-known facts that contribute to Walt Disney World’s remarkable history and give the Florida theme park its unique identity. An illuminating all-encompassing interview with Imagineering dynamo Eric Jacobson rounds out the issue, as he tours the Magic Kingdom with Disney twenty-three, pointing out some of his park favorites and giving readers a preview of the new, expanded Fantasyland.

In addition to the look back at the excitement leading up to the spectacular opening of the Walt Disney World Resort in October 1971, Disney twenty-three’s fall issue includes an intimate, never-before-told portrait of Walt’s brother Roy, by his grandson Roy P. Disney. Roy O. was the executive responsible for making sure that the park opened on time… and on budget.

And there’s more in the autumn issue of Disney twenty-three:

To become a D23 Member, and learn more about membership and the fall issue of Disney twenty-three, visit www.disney.com/D23.

The name “D23” pays homage to the wonder and excitement that began in 1923 when Walt Disney opened his fledgling studio in Hollywood . D23 is the first official community for fans in Disney’s 88-year history. D23 gives its members a greater connection to the entire world of Disney by placing them in the middle of the magic through its quarterly publication, Disney twenty-three; a rich website at www.disney.com/D23; a collectibles line, the Walt Disney Archives Collection; and special events for D23 Members throughout the year. Fans can join D23 at www.Disney.com/D23, select shops at Disneyland® Resort and Walt Disney World® Resort and www.DisneyStore.com.

Brian Curran
A Star Wars Fan since 1977 when he was just 2. Brian grew up in California where his family would often make trips to Disneyland. In 1987 he took his first “Trip to Endor” and doesn’t pass on a chance to go back! He also enjoys going to Conventions and meeting the actors from the Star Wars films.
Read more from Brian Curran
Tags: D23 Expo, Walt Disney World, Roy Disney, Alien Encounter
Loading Comments...