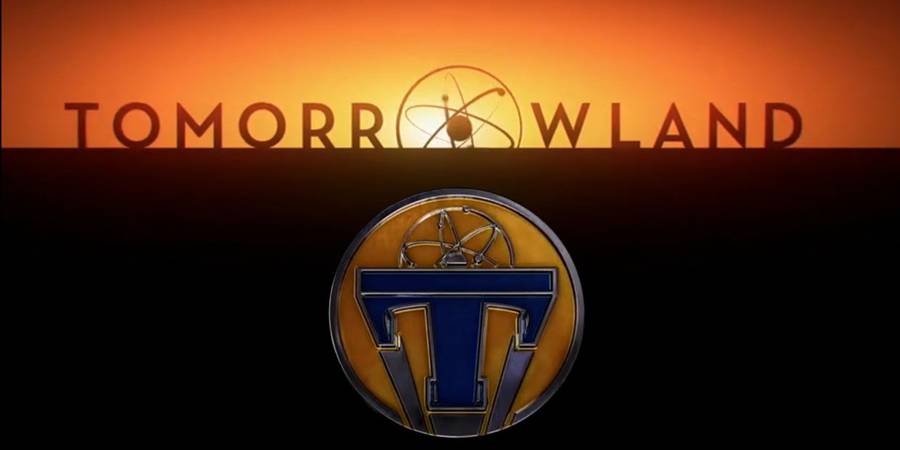 What if you knew the fate of the world? Would you try to change it? Or would you let it come to an end? Those are the questions asked in Walt Disney Studios’ TOMORROWLAND, which lands onto Blu Ray and digital downloads on Tuesday, October 14th. The film itself was not a blockbuster smash like many of director Brad Bird’s more recent efforts (Mission Impossible: Ghost Protocol, Ratatouille, The Incredibles), but it’s a film that has its heart in the right place and may become a fan favorite much like his first film The Iron Giant has become.

TOMORROWLAND tells the story of Frank Walker (George Clooney), an optimist who grew up with the ideology to never give up, but now in his later years, seemed to have done just that: give up. That is until an optimistic teenager comes to his door. Casey (Britt Robertson), is introduced to Frank by Athena (Raffey Cassidy), an Audio Animatronic Robot designed to find dreamers who don’t give up. Much of the film is setting up the worlds surrounding this unlikely trio but once they do it finally gets moving. Together they must fight against all odds and convince the powers that be in Tomorrowland that the world doesn’t need end as they have predicted.

TOMROROWLAND tries very hard to be an incredible movie and there really is so much greatness present here, but the film also falls flat in places it shouldn’t. The framing device at the beginning awkwardly begins the film, but we soon forget when we become so enthralled with young Frank Walker’s journey. We want to see more but we are abruptly pulled away to meet Casey’s character.  All of the film is wonderfully shot and beautifully performed by all the actors, so it’s a shame that the film’s script doesn’t soar as well as it should have. Still, there are powerfully moving moments and I have grown an emotional attachment to the film. Not all of it works but it deserves to be seen and enjoyed and remembered. Very few films attempt a message of optimism and Tomorrowland does.

David Yeh
A long time fan of both Disney and Star Wars, he has a hard time resisting the temptations of Disney’s merchandising force. If you see pictures of the toys and pins, you can bet they are from Dave, our resident collecting guru.
Read more from David Yeh
Tags: George Clooney, Tomorrowland, Brad Bird