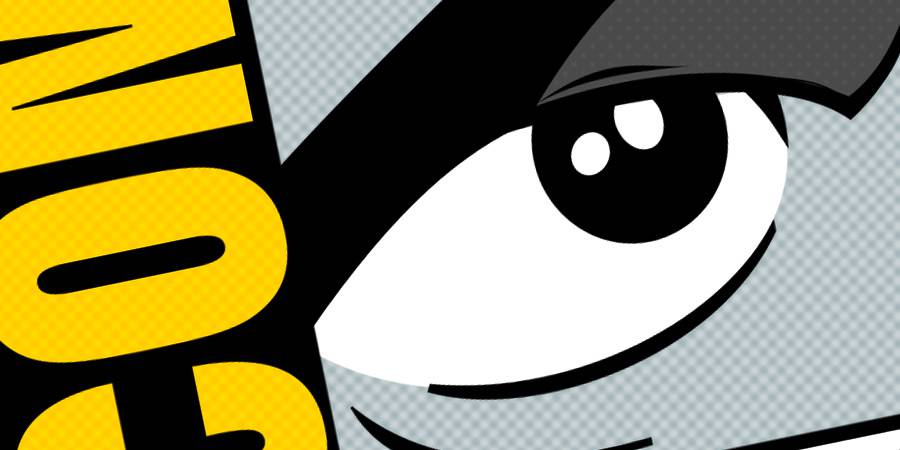 If you are attending the world famous San Diego Comic Con next week, Ashley Eckstien’s Her Universe, Hot Topic and Nerdist Industries will be holding the first ever Her Universe Fashion Show. The event will be on Thursday, July 24th, at 6pm at the Manchester Grand Hyatt Hotel Harbor Ballroom – a short walk from the convention center. Ashley is super cool with her fans, stop by and show your support.

Her Universe, Hot Topic and Nerdist Industries have partnered for this
groundbreaking fashion event

NEW YORK, NY – July 15th, 2014 – “Geek Couture” is about to descend upon the world’s largest pop culture convention in what many are calling “The must see” event at this year’s San Diego Comic-Con. In a unique partnership two years in the making, three companies who are at the forefront of fandom and fashion have joined forces to present The Her Universe Fashion Show, the brainchild of Ashley Eckstein and Her Universe. Groundbreaking Fangirl apparel company Her Universe, along with specialty retailer Hot Topic and pop culture media empire Nerdist Industries will bring the first-ever Her Universe Fashion Show to Comic-Con onThursday, July 24th, at 6pm at the Manchester Grand Hyatt Hotel Harbor Ballroom – a minute’s walk from the convention center.

“Geek Couture” has invaded the runways of mainstream fashion shows in New York and London this year, with Star Wars-infused designs by designers Rodarte and Preen. The Her Universe Fashion Show is now bringing geek fashion to its rightful home: the world’s largest celebration of all things geeky, San Diego Comic-Con. There are no tickets for this event. Entry will be first come-first served and admission is free with a San Diego Comic-Con 2014 badge. Filmed and distributed by Nerdist, The Her Universe Fashion show will be available to the public online after the Con.

Fans who attend the Fashion Show will also be treated to the Hot Topic after party, which kicks off with a special performance by pop punk band All Time Low. This event promises to be one of the most buzzed about parties of San Diego Comic-Con 2014 – you will not want to miss it!

“The Her Universe Fashion Show is truly a celebration of the Fangirl culture at San Diego Comic-Con,” said actress and Her Universe Founder, Ashley Eckstein, “yet it’s an event that everyone will enjoy. We’ve been working hard with Hot Topic and Nerdist to ensure that it’s an exciting event with plenty of surprises!”

This unique fashion show brings together 36 designers, professional and amateur, male and female – who come from all over the country and have been preparing for months to premiere their original and strikingly geeky female fashion designs. The designers will compete for two grand prizes – an opportunity for both winners to co-design a Her Universe fashion collection for Hot Topic. A panel of celebrity judges will choose one winner while the audience will choose the other. The designs can embrace anything that is celebrated at Comic-Con – from sci-fi films and TV to comics, gaming, fantasy and more.

The judges’ panel for The Her Universe Fashion Show is a varied list of experts from the fashion and licensing worlds, designers, as well as celebrities from the sci-fi and pop culture universe. Judging the runway designs will be star of Syfy’s Heroes of Cosplay, Nerdist’s Just Cos and Chaotic Awesome Chloe Dykstra; Justine Ezarik a.k.a. iJustine – the one-woman new media Internet phenomenon, techie, gamer, vlogger, and digital influencer; world renowned designer and author Tarina Tarantino; Hot Topic senior vp of merchandising and marketing, Cindy Levitt, as well as comedy sister duo Hilly and Hannah Hindi of The Hillywood Show®. They are joined on the judging panel by Lucasfilm executives Tara Sinclair, Senior Manager Softlines, and Lacey Prince Product Development head for softlines, fashion and accessories – together they deliver the best creative to the Star Wars brand and their audiences. The Official photographers for the event are Her Universe favorites Kelsey Edwards and Lainie Patarini from Kelsey Edwards Photography/Catchlight Studios. The official hair and make-up partner for the Fashion Show is Espionage Cosmetics.

About Her Universe
Her Universe was launched in 2010 by actress and entrepreneur Ashley Eckstein and The Araca Group, a leading theatrical production and brand management company. Ashley and Araca created Her Universe to address the expanding market of female sci-fi and fantasy fans.  We entered our first agreement with Lucas Licensing to develop and produce a line of female-centered Star Wars apparel and accessories. The success of that line was followed up with a collection for BBC America forDoctor Who, and CBS Consumer Products for Star Trek and AMC for The Walking Dead, Nerdist Industries, Marvel and Hasbro for Transformers. You can learn more about Her Universe and purchase the current line of fangirl apparel and accessories by going to  www.heruniverse.com and by following Eckstein & Her Universe on Facebook (facebook.com/HerUniverse) and Twitter (twitter.com/HerUniverse).

About Nerdist Industries
Nerdist Industries is a multi-platform creator of genre and popular culture content. Founded by CEO Chris Hardwick, its online presence includes a website at Nerdist.com; a premium YouTube channel (youtube.com/nerdist) featuring Nerdist News hosted by Jessica Chobot; a combined 2.4 million Twitter followers; a Podcast Network including the flagship Nerdist Podcast; The Nerdist School comedy training program; and the Nerdist Alliance, a community of curated partnerships with some of YouTube’s most talented and passionate creators creators including up and coming stars Hannah and Hilly Hindi of The Hillywood Show. Nerdist also produces content for television including @midnight for Comedy Central and All Star Celebrity Bowling for AMC. Further, Nerdist hosts live events around the country such as The Nerdist Podcast Live! and Course of the Force, an annual lightsaber relay in partnership with Lucasfilm LTD. Legendary Entertainment acquired Nerdist Industries in August 2012.

About San Diego Comic-Con International
Comic-Con International: San Diego is a nonprofit educational corporation dedicated to creating awareness of, and appreciation for, comics and related popular art forms, primarily through the presentation of conventions and events that celebrate the historic and ongoing contribution of comics to art and culture. For more information on this year’s San Diego Comic Con go to http://www.comic-con.org/cci

Brian Curran
A Star Wars Fan since 1977 when he was just 2. Brian grew up in California where his family would often make trips to Disneyland. In 1987 he took his first “Trip to Endor” and doesn’t pass on a chance to go back! He also enjoys going to Conventions and meeting the actors from the Star Wars films.
Read more from Brian Curran
Tags: Her Universe, Ashley Eckstein, San Diego Comic Con
Loading Comments...