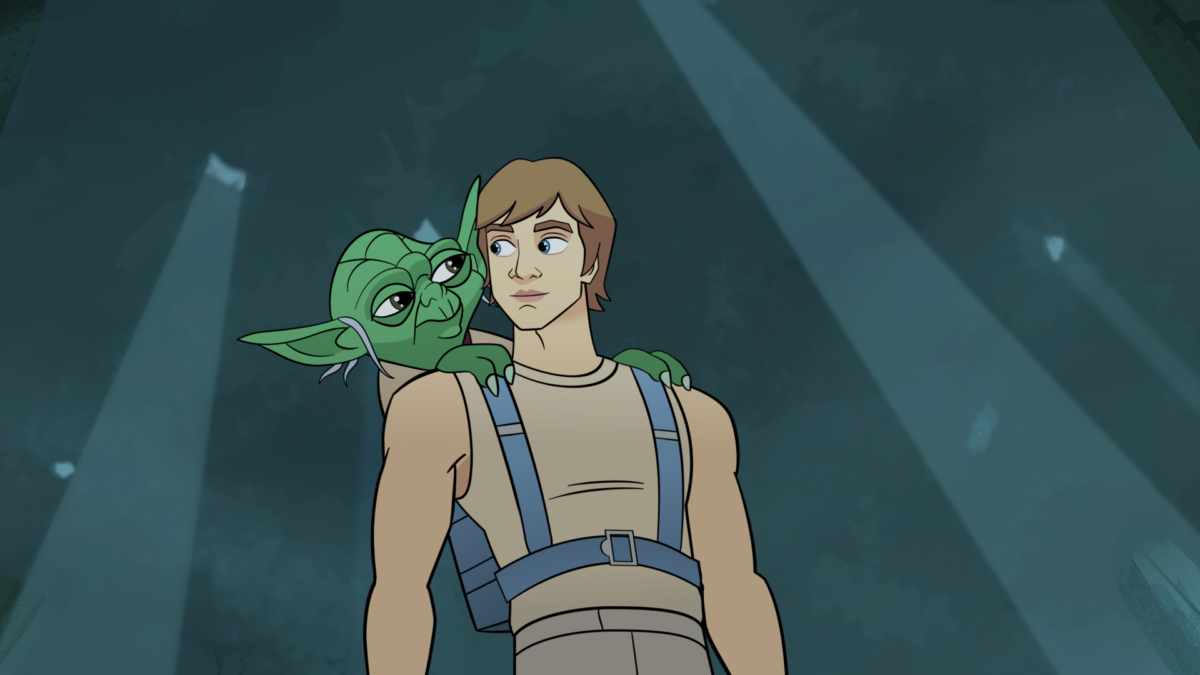 Star Wars Forces of Destiny is back with all-new adventures with heroes throughout the Star Wars saga.

Here’s a look at the eight episodes:

“Hasty Departure” – Hera and Sabine liberate an Imperial shuttle only to find they have unexpected cargo – troopers!

“Unexpected Company” – Upset when Ahsoka joins a mission set for just he and Padmé, Anakin puts them on a dangerous path. Working alongside the secret couple, Ahsoka helps save the day.

“Shuttle Shock” – On their approach to Canto Bight, Finn and Rose learn to work together to navigate a pod of dangerous creatures.

“Run Rey Run” – While scavenging inside a Star Destroyer, Rey is cornered by competition on the hunt for a valuable part.

“Bounty Hunted” –Maz Kanata helps Leia, Chewbacca and R2-D2 with a clever plan to free Han from Jabba the Hutt.

“The Path Ahead” – Training with Master Yoda in the swamps of Dagobah, Luke learns an important lesson.

“Porg Problems” – Rey has her training interrupted by some very mischievous porgs.

Brian Curran
A Star Wars Fan since 1977 when he was just 2. Brian grew up in California where his family would often make trips to Disneyland. In 1987 he took his first “Trip to Endor” and doesn’t pass on a chance to go back! He also enjoys going to Conventions and meeting the actors from the Star Wars films.
Read more from Brian Curran
Tags: Lupita Nyong’o, Ashley Eckstein, Matt Lanter, Mark Hamill, Vanessa Marshall, Tiya Sircar, Catherine Taber, Daisy Ridley, John Boyega, Kelly Marie Tran, Forces of Destiny
Loading Comments...