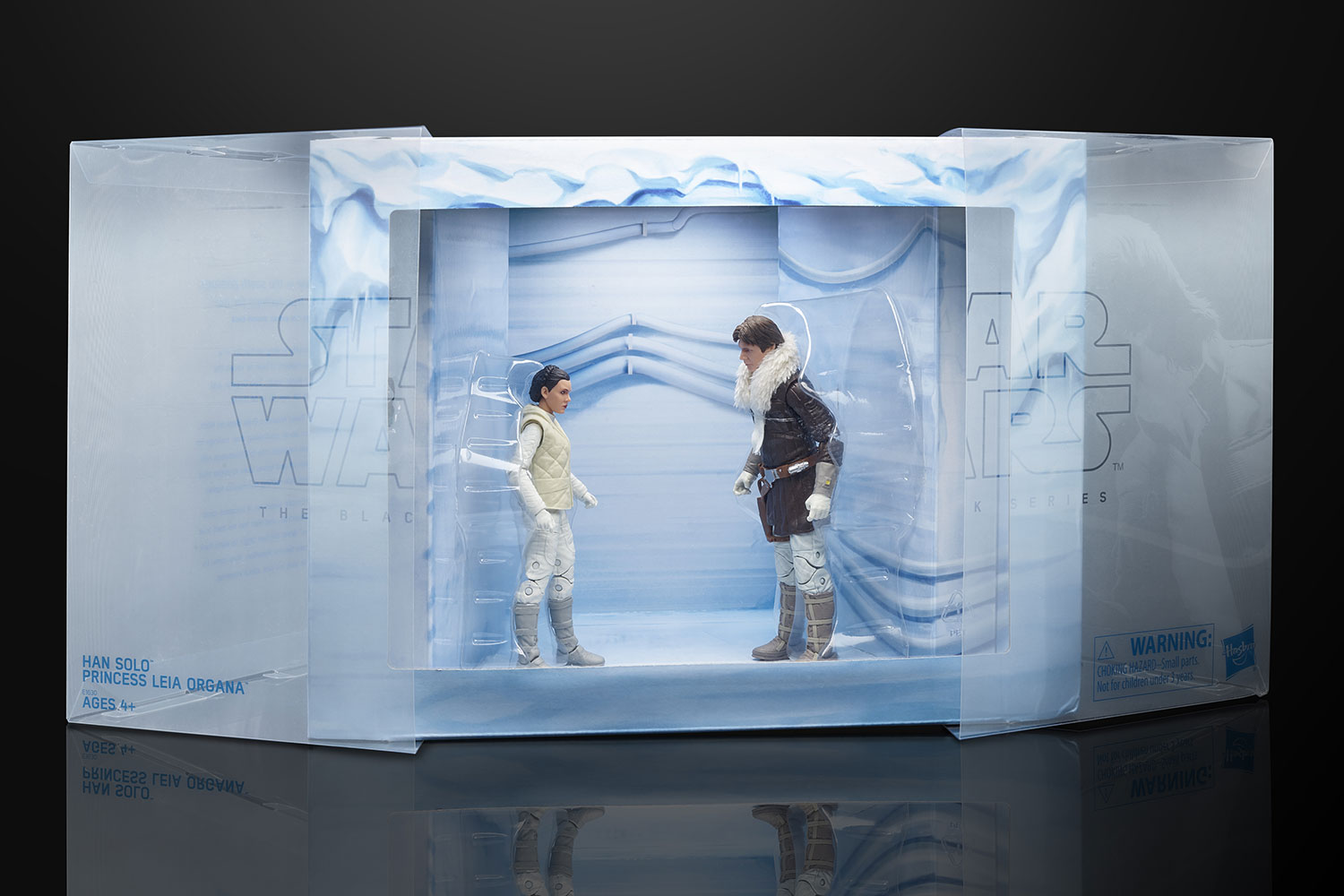 Hasbro is launching its first international convention exclusive, available to fans in UK and Europe ahead of its US release.  Fans will be able to purchase this exclusive set featuring HAN SOLO and LEIA ORGANA in their HOTH Attire from EMPIRE STRIKES BACK at Noris Force Con (Germany) for £49.99, followed by MCM London Comic Con (England), Comic Con Paris (France), and Lucca Comics & Games (Italy) in limited quantities while supplies last.

Kids and fans alike can imagine the biggest battles and missions in the STAR WARS saga with new, 6-inch scale figures from THE BLACK SERIES! With exquisite features and decoration, this series embodies the quality and realism that STAR WARS devotees love. These HAN SOLO and PRINCESS LEIA ORGANA figures are carefully detailed to look like the characters from STAR WARS: THE EMPIRE STRIKES BACK, featuring premium detail and multiple points of articulation. Includes two 6-inch figures and four accessories. Limited quantities of this item will be available at other select conventions and may be available at select online retailers after the convention in the relevant market (including HasbroToyShop.com where available). Good while supplies last.

David Yeh
A long time fan of both Disney and Star Wars, he has a hard time resisting the temptations of Disney’s merchandising force. If you see pictures of the toys and pins, you can bet they are from Dave, our resident collecting guru.
Read more from David Yeh
Tags: Star Wars, Han Solo, star wars black series, leia organa, Hasbro, Princess Leia
Loading Comments...