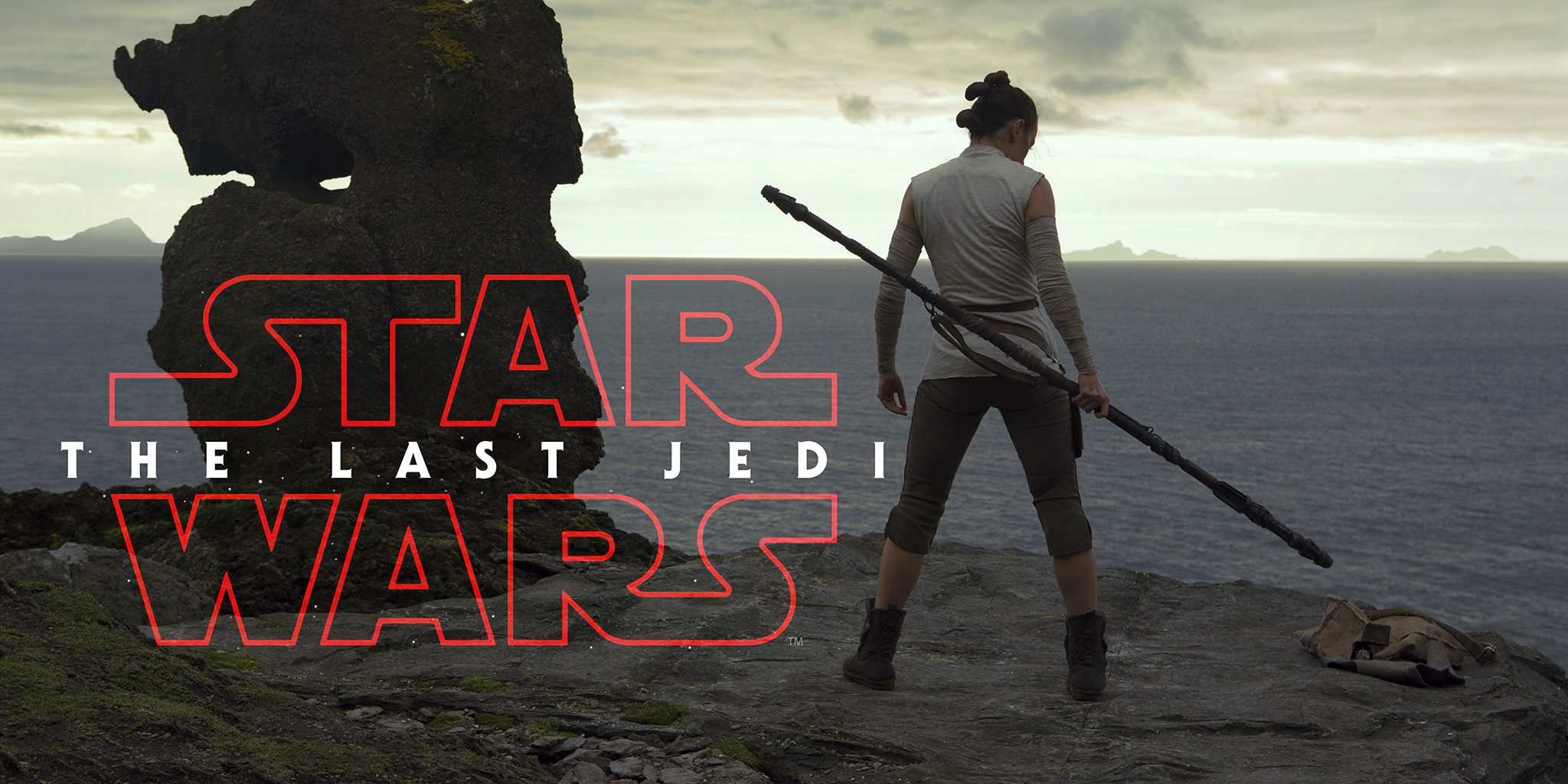 Star Wars: The Last Jedi, the latest installment of the Star Wars Saga is, in short, a masterpiece. Written and directed by Rian Johnson, the new film detailing the next chapter of Luke Skywalker, General Leia, Rey, Finn, Poe Dameron, and Kylo Ren is filled from start to finish with more “OMG” moments than any previous Star Wars film to date. With a lengthy running time of two hours and thirty minutes it’s also the longest Star Wars film by over twenty minutes or so.

With that much more movie, it may take considerable time to process everything that you’ve experienced but thankfully for the true fan, most of what you need to process is amazing. That being said, this isn’t as convenient of a film as its predecessor, The Force Awakens, and The Last Jedi absolutely does require more from the audience.

The Last Jedi, as we all know, is Episode VIII and is the direct sequel to 2015’s The Force Awakens, directed by JJ Abrams, (who is also Executive Producer on this film) but it also drops hints and nods to other aspects of the original trilogy. The tone is a touch darker as can be expected in the middle chapter as we’ve seen happen in Attack of the Clones and Empire Strikes Back. But in The Last Jedi, the stakes have been raised ten-fold. The cast here are all in top form, especially with the return of Mark Hamill and Carrie Fisher performing their older roles wonderfully.

The story picks up almost immediately where Episode VII leaves us. Rey (Daisy Ridley) finally encounters Luke Skywalker (Mark Hamill) and we learn as the film goes on why he hopes to end the Jedi Order. If The Force Awakens left the viewer with questions, The Last Jedi does indeed attempt to answer some of them. Many new questions do arise, hopefully to be learned in a future episode. But the film actually begins in space, like all Star Wars do, with The Resistance being chased down by The First Order, ignoring the fact that the latter just suffered a huge blow with the destruction of Starkiller Base.

The First Order seemed to recover quickly, with Hux (Domhnall Gleeson) again in command and in hot pursuit. This just may be one of my favorite opening battles I’ve seen in a Star Wars film, showing the Resistance Bombers attempting to take on a Dreadnaught, a massive ship from The First Order. The sequencing is absolutely brilliant, making you care instantly for characters you’ve just met, a task that even Rogue One had trouble achieving.

Later on we encounter Kylo Ren (Adam Driver), who is still having adjustment issues after being dealt a heavy defeat in the last film. Supreme Leader Snoke (Andy Serkis) appears in the flesh this time around, questioning his apprentice’s potential and making sure personally that the events unfold as he sees fit. Captain Phasma (Gwendolyn Christie) is also back, conveniently escaping death from a trash compactor at the end of the previous film (you can read about her escape in the comics).

Much of the film toggles back and forth between the First Order’s cat and mouse game with The Resistance and of Luke Skywalker’s building relationship with Rey as a teacher and student, but not in a way we’ve seen before. With the Resistance, we continue the adventures of Poe Dameron (Oscar Isaac), the best pilot the Resistance has, but also the most reckless. General Leia (Carrie Fisher) is in command of the fleet, dangerously running out of options.

Finn (John Boyega), still intent on finding Rey but sneaks off on side-mission with Rose Tico (Kelly Marie Tran) to find a codebreaker on a casino-themed planet named Canto Bight. If there is a weak aspect of the film, and it’s difficult to have to find even one, it would probably be this one. The scenes here are entertaining and often delightful, harking back to spy movies of the past, but is an unnecessary distraction from the bigger picture.

The plus side of course is to see a new location in the already vast Star Wars universe as well as new characters, such as DJ (Benicio Del Toro), a character with ambiguous motivations.

The Last Jedi, as said earlier, is indeed a masterpiece, and despite its limited amount of nitpicks, it ultimately delivers with great performances throughout, along with a truly Star Wars sounding score by maestro John Williams. Kudos especially to the newest cast member Kelly Marie Tran, who not only holds her own but is genuinely charming to boot. A big applause should be pointed in the direction of Rian Johnson as well.

The opening space scenes along with the third act are some of the most amazing moments in a Star Wars film to date – they are truly incredible to experience. Jaws WILL be dropped, even for some laughs thanks to the insertion of Porg creatures weaved throughout the film for comic relief when needed.

While many will find echoes and parallels to the original trilogy, The Last Jedi is remarkably original, a refreshing direction indeed after the fun, yet repeated nature of The Force Awakens.

Star Wars is a franchise that has survived four decades and with The Last Jedi, fans can relax and rest assured that there is a lot more exciting stories to come. JJ Abrams will return to the director’s chair in the next Saga installment while Rian Johnson has been tapped in to develop a new trilogy elsewhere in the Star Wars Universe. That to me is the most exciting bit of all, now having seen how well executed The Last Jedi is.

I’d dare say The Last Jedi is so good, I wish that most of it was saved for Episode 9.