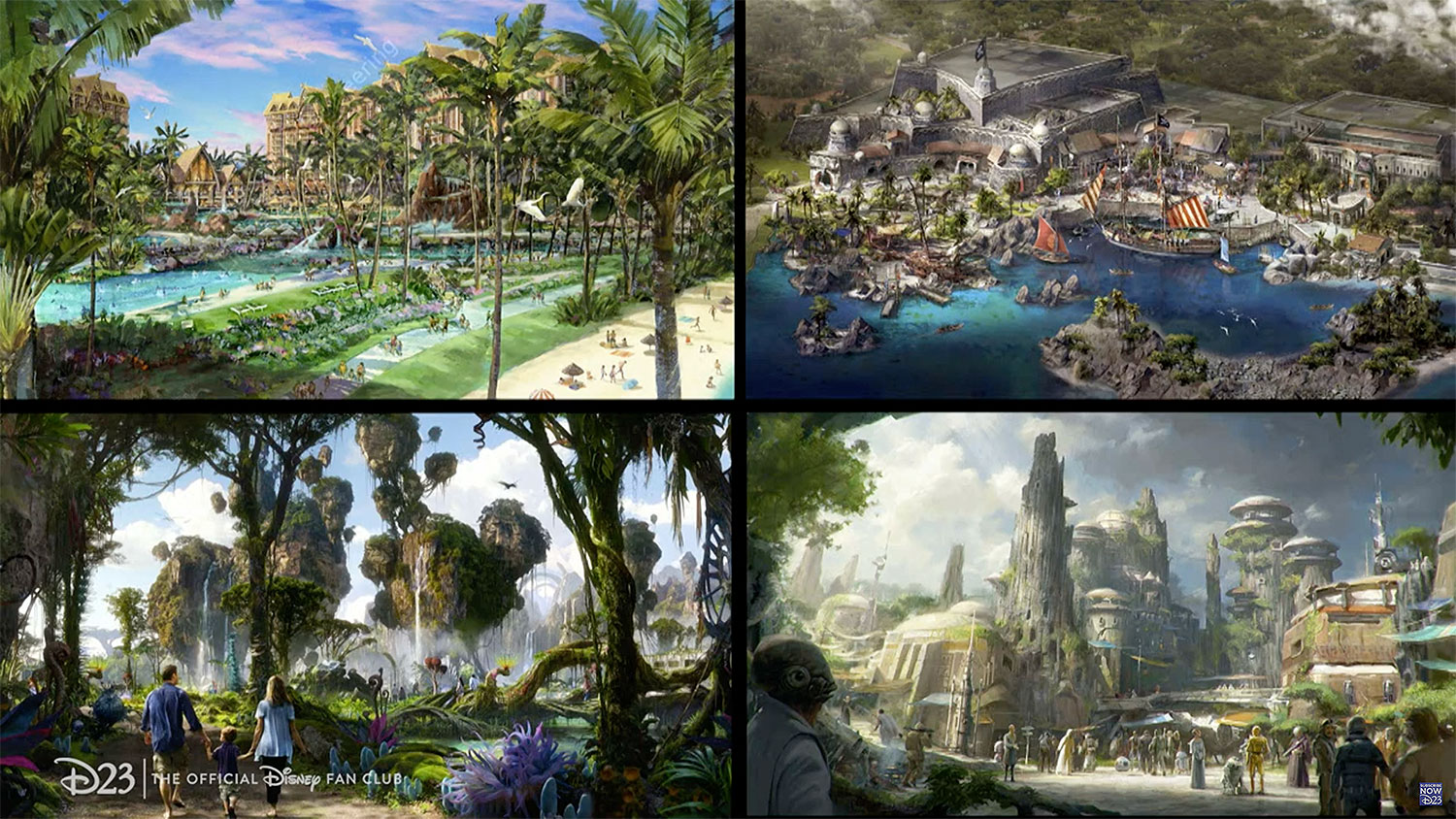 No matter which Disney Park or Resort you’re at, you are taking part in some version of an immersive world. As of late, however, the artisans and builders of Walt Disney Imagineering have upped the ante on what makes an immersive world and what that means for storytelling. D23 just recently posted a panel from D23 Expo 2019 about “Immersive Worlds: Bringing Stories to Life in Disney Parks” with Imagineers Joe Rohde, Scott Trowbridge, Jeanette Lomboy, and Luc Mayrand. Together, they reveal the creative process for dreaming up and developing new Disney experiences, such as Star Wars: Galaxy’s Edge in Disneyland and Disney’s Hollywood Studios, Pandora – The World of Avatar in Disney’s Animal Kingdom, Treasure Cove in Shanghai Disneyland, and Aulani, a Disney Resort & Spa.

Watch the panel below!

About D23: D23: The Official Disney Fan Club is for the fan in all of us– your source for everything from all the wonderful worlds of Disney, including news, behind-the-scenes content, exclusive events, and more!

David Yeh
A long time fan of both Disney and Star Wars, he has a hard time resisting the temptations of Disney’s merchandising force. If you see pictures of the toys and pins, you can bet they are from Dave, our resident collecting guru.
Read more from David Yeh
Tags: jeanette lomboy, luc mayrand, Joe Rohde, Scott Trowbridge
Loading Comments...