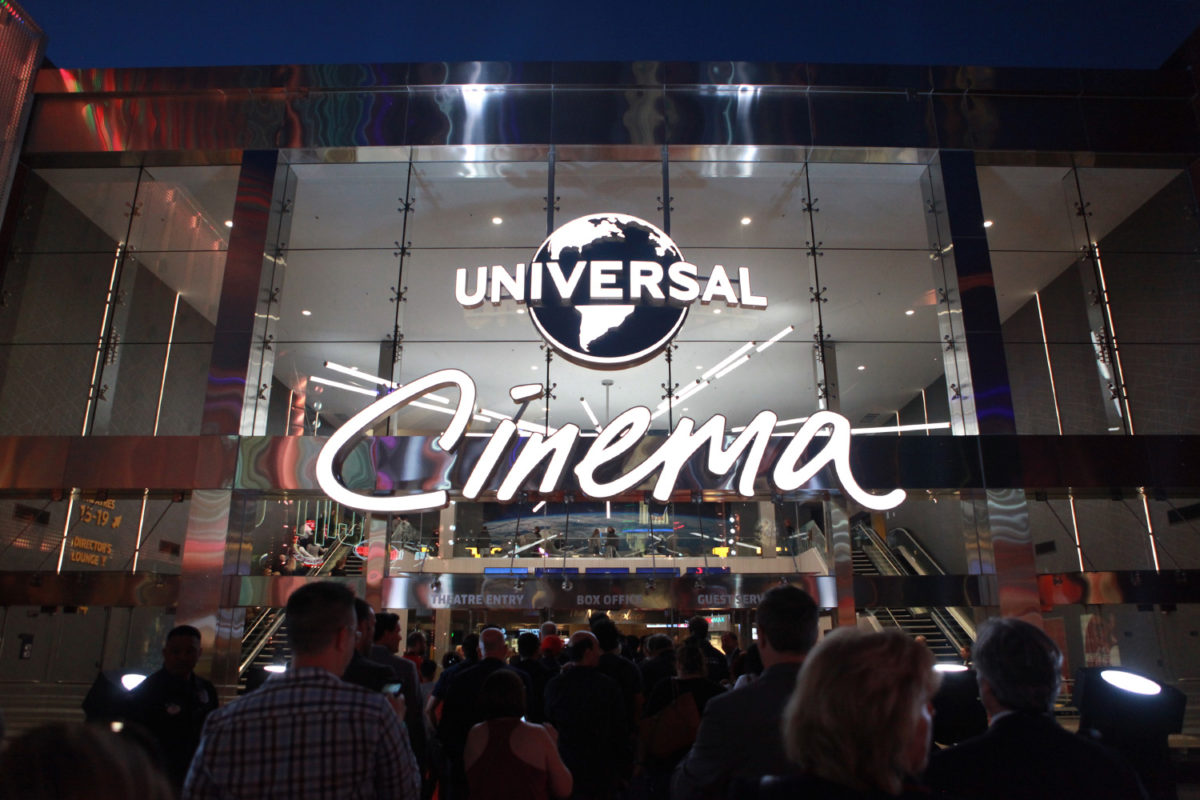 When you hear the music from Apollo 13, Back to the Future, E.T., Jurassic Park, and so many others, you’re reminded of just how musically memorable many of the films of Universal Studios are. That just so happen to be some of the music playing prior to the Grand Opening dedication of Universal Cinema at Universal CityWalk, Hollywood. We previewed the theater a few months back and it’s been operating ever since, but always without fanfare. The theater, operated in partnership with AMC Theatres was celebrated this week with the help of legendary filmmaker Steven Spielberg, Jordan Peele (“Get Out”), Producer Jason Blum (“Whiplash”), producer William Packer (“Straight Outta Compton”), with opening remarks by Ron Meyer, Vice Chairman, NBCUniversal, and Karen Irwin, President & COO, Universal Studios Hollywood. “See movies where movies are made” is especially poignant a week following the incredible world-wide box-office success of The Fate of the Furious, the 8th film in the franchise.

With a multi-million dollar renovation, not only is it one of the most state-of-the-art cinemas in town, it’s also one of the more comfortable, with plush recliner seats and massive arm rests. The sound uses the latest from Dolby Atmos and laser projectors from Christie. In addition to the 18 auditorium theater is the Director’s Lounge cocktail bar on the upper level, where guests can enjoy a drink before or after their movie. Theaters along the upstairs bar can be enjoyed WITH your cocktail, so that’s always fun.

More than just a movie theater, the Universal Cinema is a premium venue for hosted, private screenings, and events, which includes specially-catered menus. And on top of all that, movie-goers only pay $5 parking with a purchase of a theater ticket. As Universal CityWalk continues to reinvent itself with the addition of LudoBird, Voodoo Doughnut, Margaritaville, with more on the way (Menchie’s Frozen Yogurt and Mini Monster boba and macaroon ice creem sandwiches to name a few), maybe it’s time to make that trip to Universal Cinema. And remember, parking is only $5 with the purchase of a movie ticket no matter the time of day.

So what are you waiting for? See you at the movies!

David Yeh
A long time fan of both Disney and Star Wars, he has a hard time resisting the temptations of Disney’s merchandising force. If you see pictures of the toys and pins, you can bet they are from Dave, our resident collecting guru.
Read more from David Yeh
Tags: Steven Spielberg, CityWalk
Loading Comments...