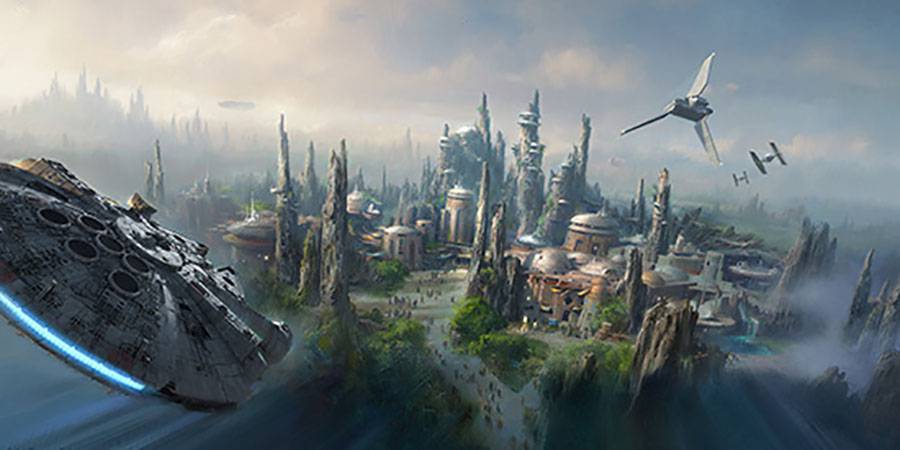 Season of the Force begins at Disneyland in California November 16th 2015! Including a new scene for Star Tours from The Force Awakens! Also announced by Disney, construction on Star Wars Land in January 2016 will close the Disneyland Railroad, Fantasmic and Rivers of America attractions.

Season of the Force experience announced by Disney Parks Blog:

We’ll have dates to share soon for Season of the Force at Disney’s Hollywood Studios in Florida.

Disney Parks is also preparing to take guests to a galaxy far, far away with new Star Wars-themed lands. With groundbreaking scheduled to take place in 2016 for our largest single-land expansions ever, building the new 14-acre lands will be major projects at both Disneyland park in Southern California and Disney’s Hollywood Studios in Florida.

Work to make room for this new land at Disneyland park in California will require the Rivers of America and the Disneyland Railroad to close temporarily. The following will suspend operations at the end of the operating day on January 10:

We look forward to all of these attractions reopening in the future.

Stay tuned for more details on Season of the Force at Disneyland park, and keep an eye on the Disney Parks Blog for more information about exciting Star Wars experiences coming to Disney Parks in both California and Florida.

Brian Curran
A Star Wars Fan since 1977 when he was just 2. Brian grew up in California where his family would often make trips to Disneyland. In 1987 he took his first “Trip to Endor” and doesn’t pass on a chance to go back! He also enjoys going to Conventions and meeting the actors from the Star Wars films.
Read more from Brian Curran
Tags: Star Tours: The Adventures Continue, Star Wars Launch Bay, Season of the Force
Loading Comments...