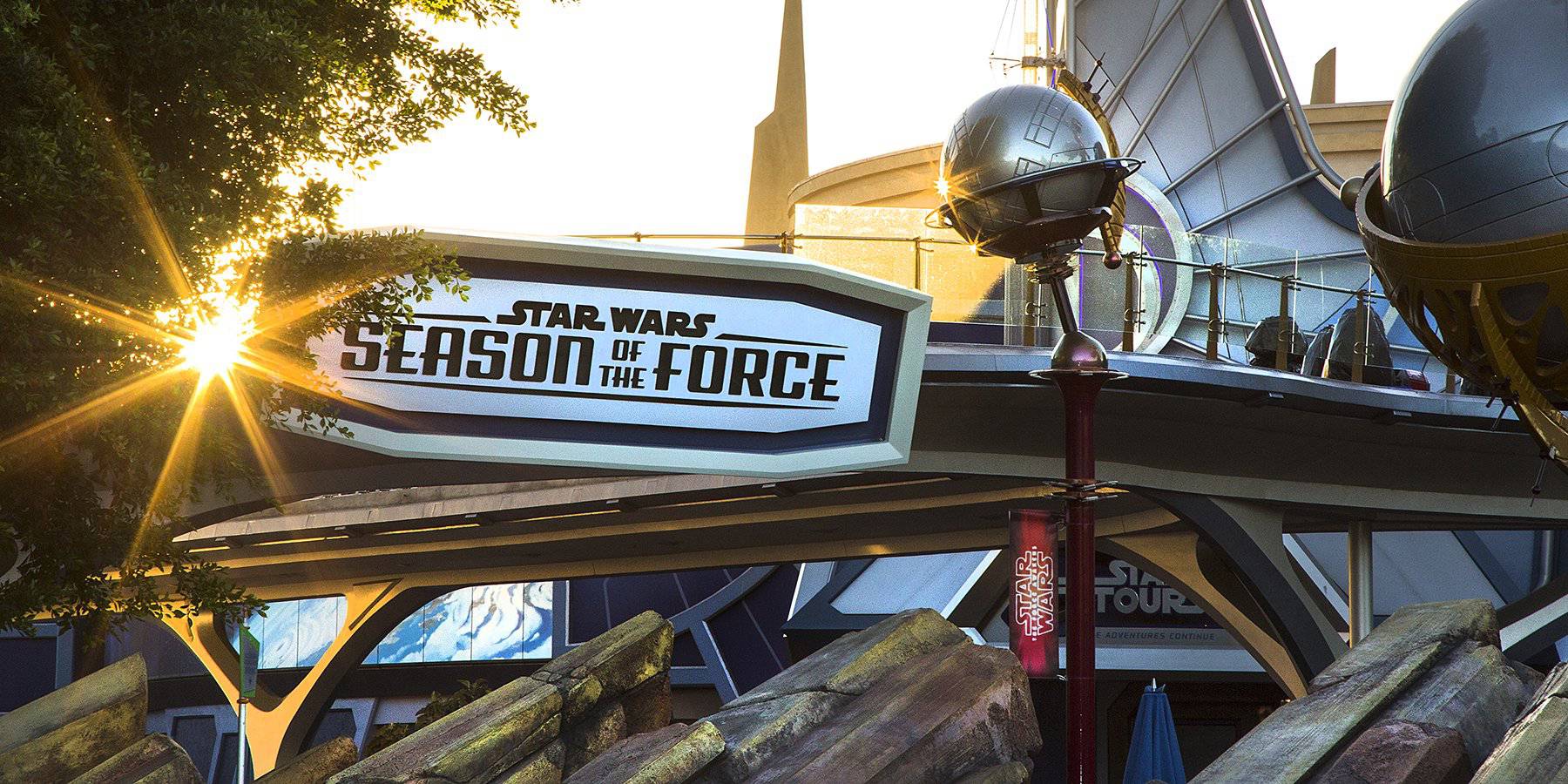 Traveling to a galaxy far, far away is easier than ever for guests visiting the Disneyland Resort. Beginning Nov. 16, 2015, Star Wars Season of the Force will debut in Tomorrowland at Disneyland Park, giving guests daily opportunities to explore, interact and have fun with the power of the Force.

Located on the lower level of the Tomorrowland Expo Center,Star Wars Launch Bay is the central space for fans to celebrate all things Star Wars.

First Order stormtroopers patrolling the area outside Launch Bay are on a mission to find members of the Resistance. Inside, guests may encounter iconic characters Darth Vader, Chewbacca or even Boba Fett. Inspired by the iconic opening crawl in every Star Wars film, a welcoming text scroll on the carpet will greet guests as they enter the experience.

The Cantina is a unique experience inspired by the “hive of scum and villainy” guests will recognize from the Star Wars films. From bounty hunters and smugglers to aliens, guests never know who they may meet here. The Cantina becomes the gathering place to take memorable photos with a holochess or sabacc table. (Sabacc is a popular card game played throughout the galaxy, often with high stakes. Holochess is a chess-like game that utilizes holographic representations of the playing pieces.)

Guests may join the Resistance or come to the dark side, choosing a path that takes them into one of two character greeting experiences. When it’s time to meet the character, portal doors open to welcome guests into a fully immersive 360-degree space, inspired by a Rebel base or Star Destroyer. Throughout the space, guests will find Aurebesh writings in the environment. Aurebesh is a writing system used to transcribe Basic, the most used language in the Star Wars galaxy.

Guests may play current and upcoming Star Wars video games at the Game Center, including new and exclusive Disney Infinity 3.0 content created exclusively for this experience. Exploring the Light Side Gallery, guests will find replicas of iconic helmets and lightsabers once wielded by Jedi heroes, including Luke Skywalker. And in the Dark Side Gallery, they’ll discover replicas of helmets and lightsabers used by the Sith, mortal enemies of the Jedi. Large-scale replicas of film props, costumes, ship models, droids, artwork and other notable items are on display for Star Wars fans to enjoy.

A new adventure awaits guests as they climb aboard a Starspeeder 1000 and blast off on a thrilling tour of the Star Wars galaxy. The new adventure includes scenes and characters from the upcoming film,Star Wars: The Force Awakens.

Jedi Training: Trials of the Temple

This reimagined battle experience takes younglings to the secret site of an ancient Jedi temple, where they discover if they have the makings of a true Jedi. It debuts Dec. 8. Villains such as Darth Vader and the Seventh Sister Inquisitor from the popular Disney XD seriesStar Wars Rebels join the adventure.

The popular Space Mountain attraction is reimagined as Hyperspace Mountain, thrusting guests into an X- wing Starfighter battle as they race through the darkness. The guest experience is enhanced by a new soundtrack, inspired by the films’ musical themes and re- orchestrated to match every move in the attraction. The soundtrack was recorded with the London Symphony Orchestra.

Star Wars: Path of the Jedi

Guests can relive stories from theStar Wars saga – or discover them for the first time – through this short, film compilation at Tomorrowland Theater. It includes moments from the new film,Star Wars: The Force Awakens. This cinematic short connects iconic scenes from the films in fun new ways, following the journey of Luke Skywalker.

The Force takes over the Tomorrowland Terrace to offer dark side and light side menu items.
For breakfast, guests may enjoy a blue corn Darth Tamale, with scrambled eggs and chorizo, red chili sauce and tomatillo. For lunch and dinner, the First Order Specialty Burger is tempting with a patty of angus beef and chorizo, topped with fried cherry peppers and spicy-lime aioli on a dark bun. Fun collectible items to take home include the BB-8 sipper cup and TIE Fighter premium popcorn bucket. Pizza Port in Tomorrowland also will offer newStar Wars-inspired menu items.