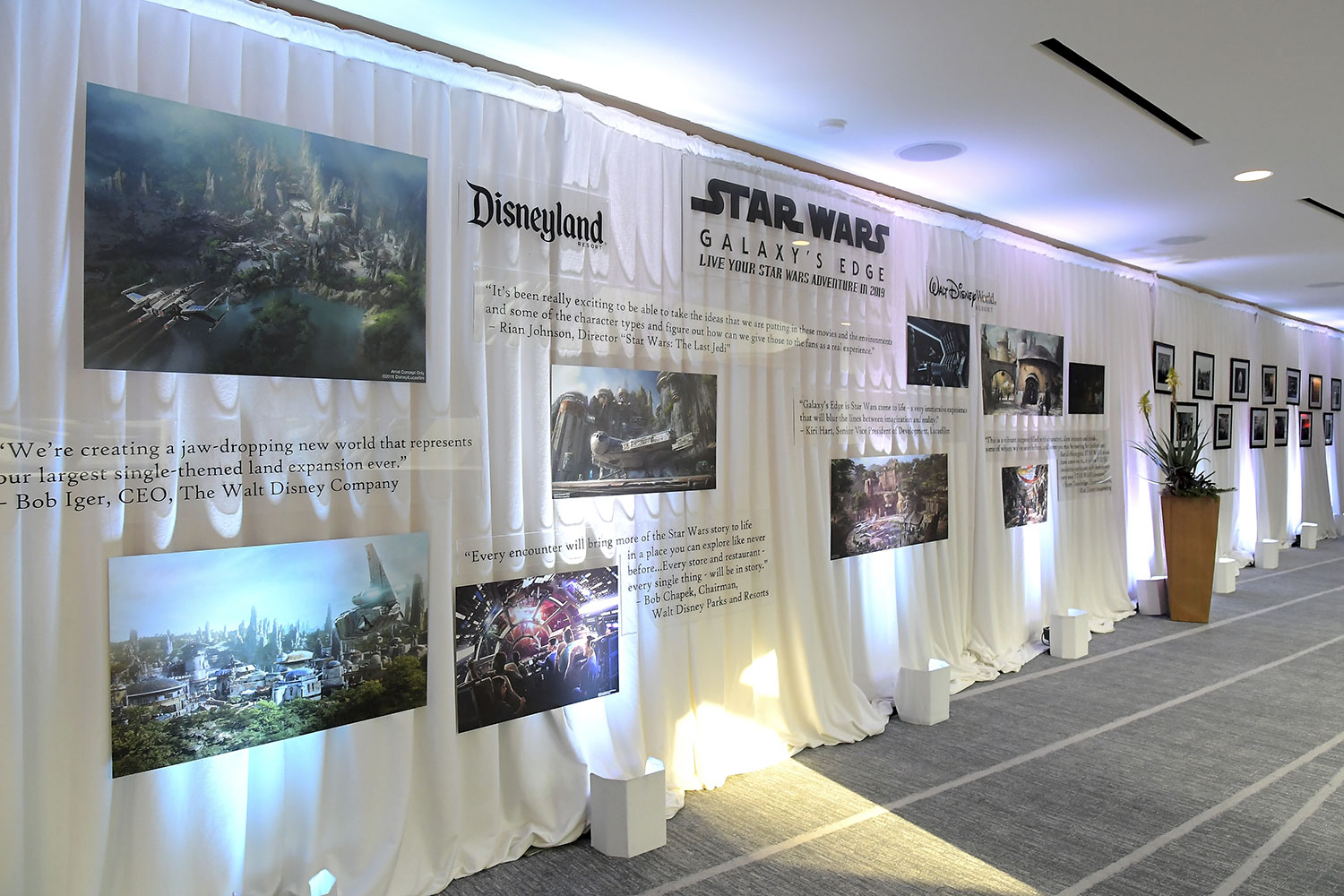 Star Wars: The Last Jedi held their global press conference this past weekend in Los Angeles and in it was a wall dedicated to Star Wars: Galaxy’s Edge. The wall features quotes from both Lucasfilm and the Walt Disney Company along with conceptual renderings of the new land. Some we have seen, some you may not have. Presented below are the quotes and renderings for your enjoyment. The new land is coming to both Disneyland Resort and Walt Disney World Resort in 2019.

It’s been really exciting to be able to take the ideas that we are putting in these movies and the environments and some of the character types and figure out how can we give those to the fans as a real experience.”
-Rian Johnson, Director “Star Wars: The Last Jedi”

“Every encounter will bring more of the Star Wars story to life in a place you can explore like never before… Every store and restaurant – every single thing – will be in story.”
-Bob Chapek, Chairman, Walt Disney Parks and Resorts

“Galaxy’s Edge is Star Wars come to life – a very immersive experience that will blur the lines between imagination and reality.”
-Kiri Hart, Senior Vice President of Development, Lucasfilm

“This is a vibrant outpost filled with characters, alien creatures and droids… some of whom we’ve seen before, and some you may be meeting for the first time. But all these great STAR WARS stories have a new twist… this time YOU’RE invited to participate with them in your very own STAR WARS adventure!”
-Scott Trowbridge, Creative Executive, Walt Disney Imagineering

David Yeh
A long time fan of both Disney and Star Wars, he has a hard time resisting the temptations of Disney’s merchandising force. If you see pictures of the toys and pins, you can bet they are from Dave, our resident collecting guru.
Read more from David Yeh
Tags: Bob Chapek, Kiri Hart, Bob Iger, Scott Trowbridge, Rian Johnson
Loading Comments...